Norway Gov't to Give $12,6M to Organizers of Canceled Oil & Gas Event 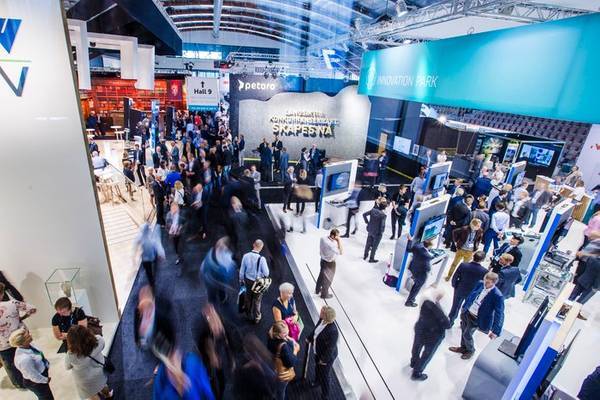 The Norwegian government plans to give NOK 21 million or about $12,6 million to the organizers of an oil and gas event that had to be canceled this year after the authorities imposed a ban on events of more than 500 people.

The decision to cancel Offshore Northern Seas (ONS) exhibition and conference that was supposed to be held in Stavanger, Norway, between August 31 September 3, 2020, was made back in April.

The event, dubbed one of the largest gatherings for the international energy community, typically gathers around 70 000 people from over 100 countries during the four days of the event, the organizers have said.

In a statement on Thursday, the Norwegian government said it would propose to allocate NOK 21 million to the ONS organizers to compensate part of the loss caused by this year's cancellation.

The news was announced by Norway's Minister of Petroleum and Energy Tina Bru.

"ONS has been an important meeting place for a wide range of players in the energy industry for a number of years. ONS has been the most important regional, national, and international meeting place in Norway [held] since 1974 in the field of oil and gas, and in recent years also in the field of renewable energy. I am happy that we now ensure that they can carry out the fair in 2022 as planned," says Minister of Petroleum and Energy Tina Bru.

According to the Norwegian government, the national ripple effects from the event are estimated at NOK 1 billion - 1.5 billion ($185,5 million - 278,3 million). The NOK 21 million support to the ONS Foundation is subject to the consent of the Norwegian parliament.

Worth noting, while the event will not be taking place physically, from August 31 to  September 2, ONS 2020 will organize an online conference on its website.

The organizers have promised that top leaders, innovators, and decision-makers will share their thoughts on the energy future through a series of video interviews, reportages, and webinars. The online conference will be free and open to everyone.

Apart from ONS, the organizers of other high profile energy events, such as the IHS Markit Ceraweek and the Offshore Technology Conference in Houston, have also canceled the events citing the COVID-19 pandemic.

Apart from ONS, the organizers of other high profile energy events, such as the IHS Markit Ceraweek,  the Offshore Technology Conference in Houston, ADIPEC in Abu Dhabi, have also canceled the events citing the COVID-19 pandemic.