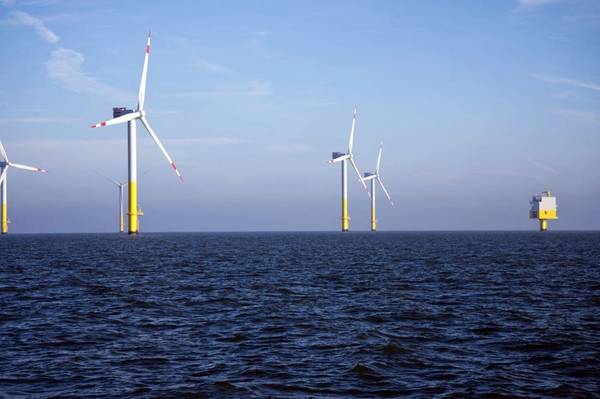 TenneT, the largest operator of electricity grids in Germany and the Netherlands <IPO-TTH.AS>, said offshore wind from North Sea turbines had represented a 15.6% share of Germany's total wind power production of 73.7 TWh in the six months.

TenneT's German division plays a key role in the industry because it is the responsible for linking North Sea wind farms to onshore grids in the states of Lower Saxony and Schleswig Holstein.

Wind park operators had constructed 6,679 MW of wind generation turbines by the end of June, outstripping a German government target for 6,500 MW to be completed this calendar year, TenneT said.

TenneT's German investments are refinanced by grid fee income that is collected from power consumers as part of their bills.

The Berlin government's offshore target, part of its plan to move to a low carbon economy, also includes smaller plants in the Baltic Sea. These are being connected to the onshore grids by TenneT peer 50Hertz.

TenneT will also complete 1,400 MW of connection capacity in the Dutch North Sea by mid-August and raise this to 9,600 MW by 2030.

TenneT, owned by the Dutch state, is looking for an integrated system approach and more funding from the Dutch and German governments within the European Union context.