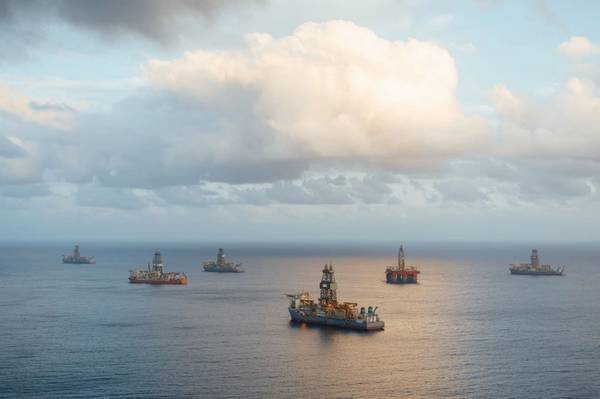 Offshore drilling contractor Transocean has confirmed that its under-construction drillship Deepwater Atlas is expected to drill at the Shenandoah project in the Gulf of Mexico.

To remind, Navitas, a partner in the project, said earlier in July that the Shenandoah partners had signed a deal to hire a Transocean drilling rig to drill development wells at the Shenandoah.

Norwegian rig brokers Bassoe Offshore at the time said the contract would most likely be for the Deepwater Atlas for the ultra-deepwater drillship, under construction with Sembcorp in Singapore. OEDigital, at the time, reached out to Transocean, seeking confirmation, but did not get a response.

However, the confirmation came in Transocean's Fleet Status Report released on Wednesday.

In it, Transocean said it had signed a conditional agreement with Beacon Offshore Energy [a partner in LLOG-operated Shenandoah] for drilling services at the Shenandoah project in the U.S. Gulf of Mexico, which requires a 20,000 psi well control system.

"The Shenandoah project and associated drilling services are subject to Final Investment Decision (FID) from Beacon Offshore Energy and its partners, which is expected to be made on or prior to March 31, 2021. The total contract value based upon the conditional agreement is estimated to be approximately $250 million. However, no backlog will be recognized until the project is sanctioned," Transocean said.

The company did not provide details about the expected length of the contract nor on the expected start-up date.

Worth reminding, Bassoe Offshore was pretty close when it earlier this month estimated the contract would be worth around $253 million. The rig brokers set a tentative contract start-up date for January 1, 2023, with the estimated contract duration of 517 days on a day rate of around $490,000.

"As a result of certain delays, the timing for the delivery of the rig is currently being assessed," Transocean said Wednesday.

The rig had previously been slated for delivery by September 27, 2020. However, in a conference call last month, Transocean's CEO, Jeremy Thigpen, said that the delivery date of the Deepwater Atlas might slip to the end of the year or into early 2021 due to shipyard challenges caused by the COVID-19 pandemic.

He at the time assured that there was still a high customer interest despite the generally depressing situation in the offshore drilling market created by low oil prices.

"Despite the dislocation between oil supply and demand and the unprecedented decline in oil prices, there remained significant customer interests regarding Atlas and her potential to become the industry's second 20,000 psi ultra-deepwater drillship [after Transocean's Deepwater Titan]," Thigpen said.

To learn more about the background of the Atlas and the Titan rigs, read our previous article "LLOG Charters Transocean Rig for Shenandoah Drilling."