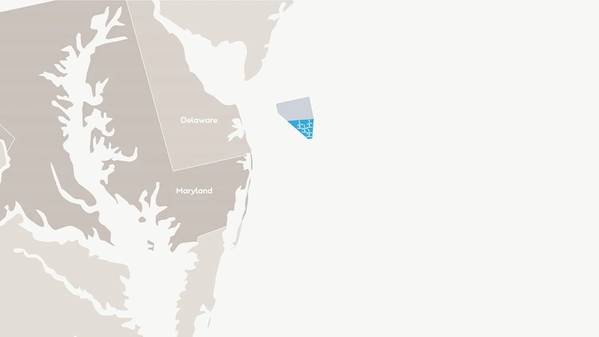 Danish offshore wind power giant Ørsted will not be building an interconnection facility at the Fenwick Island State Park in Delaware, for the 129MW Skipjack offshore wind farm, as previously planned.

A year ago, Ørsted signed a non-binding memorandum of understanding with the Delaware Department of Natural Resources and Environmental Control (DNREC) to construct the Skipjack Wind Farm’s interconnection facility on a portion of a site within Fenwick Island State Park.

However, the company on Friday said that further evaluations of the area proposed for the facility have shown that a large portion of the site is comprised of undisturbed wetlands.

"Accordingly, Ørsted has notified DNREC that it will no longer pursue plans to build the interconnection facility at Fenwick Island State Park as initially proposed," Ørsted said.

Brady Walker, Mid-Atlantic Market Manager for Ørsted said: "Constructing an interconnection facility on a site with such an extensive presence of undisturbed wetlands runs contrary to Ørsted’s deeply-held commitment to building our business sustainably.”

He added: "The Skipjack Wind Farm will deliver significant environmental and economic benefits to the Delmarva region, from good-paying jobs to renewable energy for tens of thousands of homes. However, Ørsted is committed to constructing the wind farm and associated infrastructure in a way that seeks to mitigate potential adverse impacts on local ecosystems and communities."

Ørsted expects to select and announce an alternative interconnection site for the Skipjack offshore wind farm "in the coming weeks."

The Skipjack Wind Farm is a 120-megawatt offshore wind farm under development 19 miles off the Maryland-Delaware coast.

The wind farm, expected to be brought online at 2023 end, will feature GE's giant Haliade-X 12 MW wind turbines, with a rotor diameter of 220 meters. Each blade on the Haliade-X 12 MW is 107 meters long sweeping a total area of 38,000 square meters.