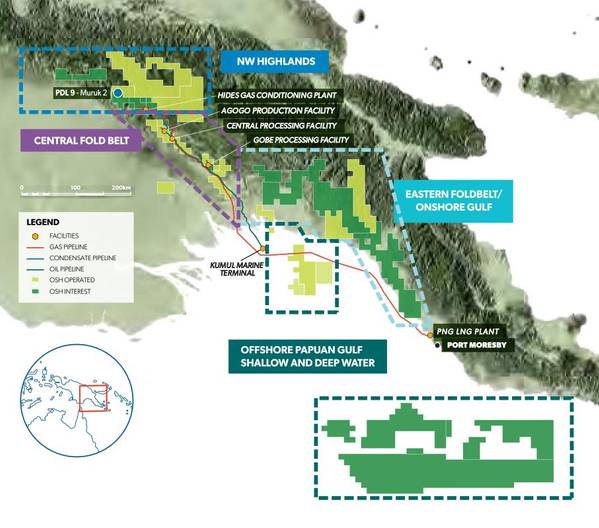 Oil Search Ltd said on Monday it plans to write off around $380 million, mostly on some exploration assets and a gas-to-power project in Papua New Guinea, due to the outlook for oil and gas prices and the shut down of a gold mine.

The Papua New Guinea (PNG)-focused oil and gas company will record a non-cash, pre-tax charge of between $360 million and $400 million in its half-year results that would not impact its cash earnings, it said in a statement to the stock exchange.

A strategic review found that a number of assets in PNG were now of low priority either due to lower prospectivity or less than optimum project economics, Oil Search said, and as a result, would not be currently pursued.

Given gas supply uncertainty due to the recent suspension of mining activities at the PNG-based Porgera project, Oil Search's Hides gas-to-electricity operation that supplies power to the project would be fully written off.

Porgera is a gold mine run jointly run by Canada's Barrick Gold and China's Zijin Mining, currently shut down due to a dispute with the PNG government over the country's refusal to extend a mining lease to the companies.

An immaterial impairment charge on some exploration leases in Alaska that are set to be given away will also be recorded, it said.

(Reporting by Rashmi Ashok in Bengaluru; Editing by Muralikumar Anantharaman and Kim Coghill)