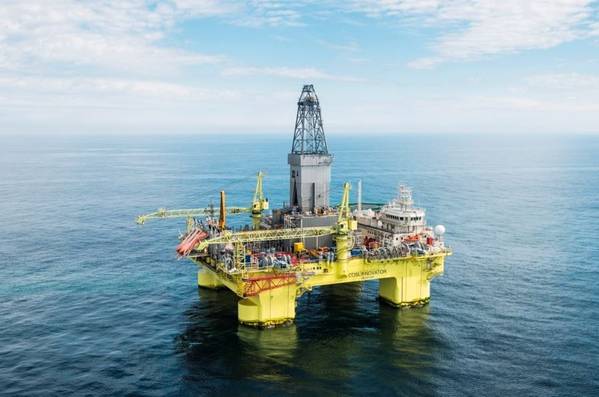 Offshore drilling company COSL Drilling has signed a letter of intent with an unnamed operator for the use of its COSLInnovator semi-submersible drilling rig offshore Norway in 2021.

"After being kept ready for operations over a longer period, COSL Drilling Europe has signed a letter of intent for the use of COSLInnovator on the Norwegian Continental Shelf starting early next year," COSL said Friday.

"COSL Drilling Europe is now rewarded for investing in keeping the COSLInnovator in operational condition («ready to drill»)," the company said.

Subject to final contract award, the rig is expected to start drilling in the North Sea drilling 2-3 wells for an unnamed rig operator early in 2021.

"This is a very pleasant and well-deserved summer greeting to our organization and all employees for the effort of keeping the rig ready. We are looking forward to see COSLInnovator delivering efficient operations from day one. This is possible due to a well-maintained rig and well-qualified and highly motivated personnel," says Frank Tollefsen, CEO of COSL Drilling Europe.

While COSL did not provide details on the expected dayrate for the rig, Norwegian rig broking firm Bassoe Offshore has estimated it to be around $180,000 per day, for an estimated duration of 92 days.

Worth noting, the COSLInnovator was, until recently, the reason behind a long-standing dispute between COSL Drilling and the Norwegian energy firm Equinor.

Equinor - then known as Statoil - in March 2016 terminated, on behalf of Troll field partners, the contract for the COSLInnovator. COSL at the time said 230 jobs had been lost due to the contract termination. At the same time, Equinor also said it would terminate drilling operation with the sister rig COSLPromoter.

COSL then in December 2016 sued Statoil for wrongful contract termination, as it believed it was entitled to compensation for the termination and took Equinor to the District Court in Oslo.

The District Court concluded that the rig was built in accordance with rules, regulations and best market practices. This resulted in Equinor being sentenced to pay parts of what COSL argued they were entitled to, but both parties appealed the verdict. The appeal was due in January, but the parties in January 2020 settled the dispute out of court.

The two companies then in June 2020 signed a Master Framework Agreement for the use of COSL's drilling rigs on the Norwegian Continental Shelf. None of the above is to say that it is Equinor who will be using the rig in the early 2021, under the letter of intent announced Friday, as COSL did not say who the potential client was.