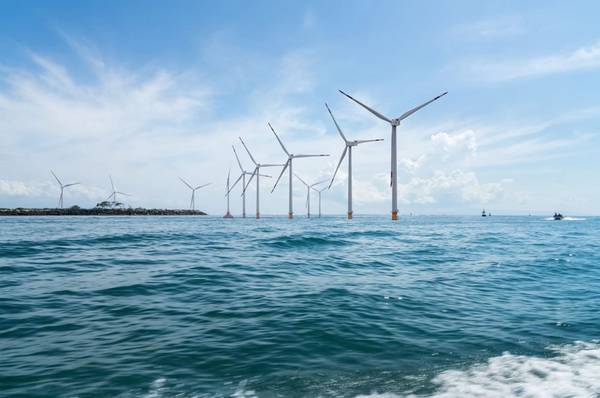 Oslo-listed company Magnora has teamed up with Swedish wind power company to speed up the development “Sydkustens Vind”, a 500 MW shallow-water offshore wind project in the Baltic Sea, off southern Sweden.

“The decision follows several studies performed during the spring of 2020 which have provided the answers we were looking for. We are now more certain that this is a good project commercially and technically feasible,” says Haakon Alfstad, Investment Director in Magnora, Executive Chairman in Kustvind AB.

The project now enters its development phase, and physical studies of the seabed and project area in general will also start. Compared to the original schedule, the project has been accelerated by ten months.

The project is located roughly 8 km offshore the southern coast of Sweden. It has a 500-megawatt (MW) potential and will have a production capacity of 2 TWh annually, and will be able to serve 250.000 homes with electricity.

“The project is located close to relevant infrastructure in Sweden and the area has very attractive wind conditions. In addition, southern Sweden has had very attractive electricity prices both historically and recently. All these factors contribute towards increasing the project’s robustness,” says Haakon Alfstad.

“The offshore project is located centrally in the Øresund region which has 3.5 million inhabitants. The region has experienced strong population growth over the past decades and is expected to continue growing due to increased urbanization. Furthermore, the Copenhagen Municipality has together with leading Danish corporations decided to build the world’s largest green hydrogen facility. Both factors are positive for the region’s demand for green energy,” says Bjørn Sund, Magnora’s Director of Offshore and Industrial projects.

Magnora,  signed a final shareholder agreement with Kustvind AB on 20th of March 2020. Magnora will gradually increase its ownership in the company up to 50 percent based on a detailed milestone plan.

"Kustvind AB consist of a team of three project developers with over 25 years’ experience from wind power developments in numerous countries, both onshore and offshore. In combination with Magnora’s wind development specialists, the project has a solid development platform," Magnora said.

Magnora, which describes itself as an investment company within renewable energy. In addition to the Sydkustens Vind project, the company has recently signed two letters of intent in connection with a potential 60 MW project in Scandinavia and 50 MW capacity onshore wind development project in the UK.

It is worth noting that, while investing in renewables, Magnora's revenue currently comes from the oil and gas industry.

Namely, Magnora was formed in 2018 after offshore oil rig designer Sevan Marine sold its intellectual property and proprietary business, and 95% of shares of HiLoad LNG business to Singapore's Sembcorp.