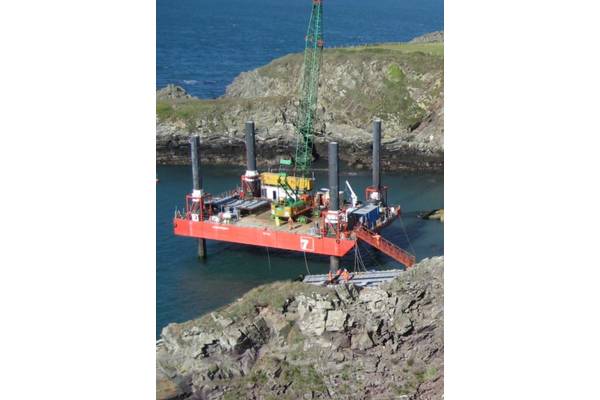 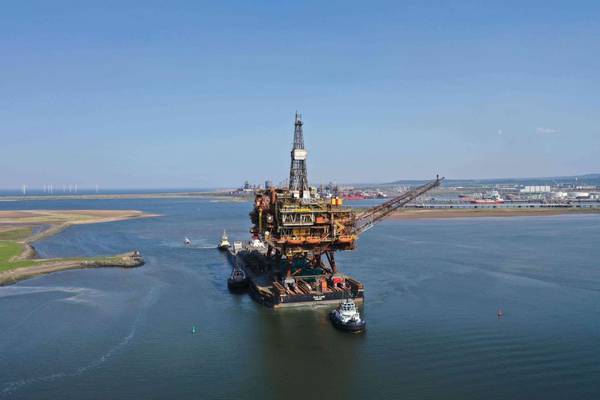 The Haven Seariser 2 jack-up vessel will soon be at work at nearshore area between Redcar and Marske-by-the-Sea in the UK to carry out a six-month offshore site investigation by service provider Fugro for Innogy's Sofia offshore wind farm.

"The jack-up vessel Haven Seariser 2 will be visible to local residents and coast visitors for approximately a month while it carries out a series of boreholes. The boreholes together with earlier surveys will gather data that will feed into the planning of the final design and installation methodology for the main transmission cable where it reaches landfall," Innogy said Thursday.

The vessel has four legs that will be lowered to the seabed, enabling it to lift up above the water and create a steady platform for each borehole to be safely carried out. It will be towed between borehole sites by a towing vessel and is due to leave the area by the end of July, Innogy added.

The power generated by the wind farm will travel via a 220-kilometer long electricity export cable from the offshore converter platform to shore, at its landfall between Redcar and Marske-by-the-Sea.

Sofia’s Principal Geotechnical Engineer, Andy Barwise said: “The information gathered during these borehole surveys will be used to fine-tune the design of the export cable and also how it will be installed. A technique called horizontal directional drilling is likely to be used to install the cable underneath the intertidal area and the beach, and these surveys will help us refine that planned methodology."

From landfall, onshore cables will transport the power to a new onshore converter station to be built near the village of Lazenby, adjacent to the Wilton Complex. Construction is due to start onshore in early 2021.