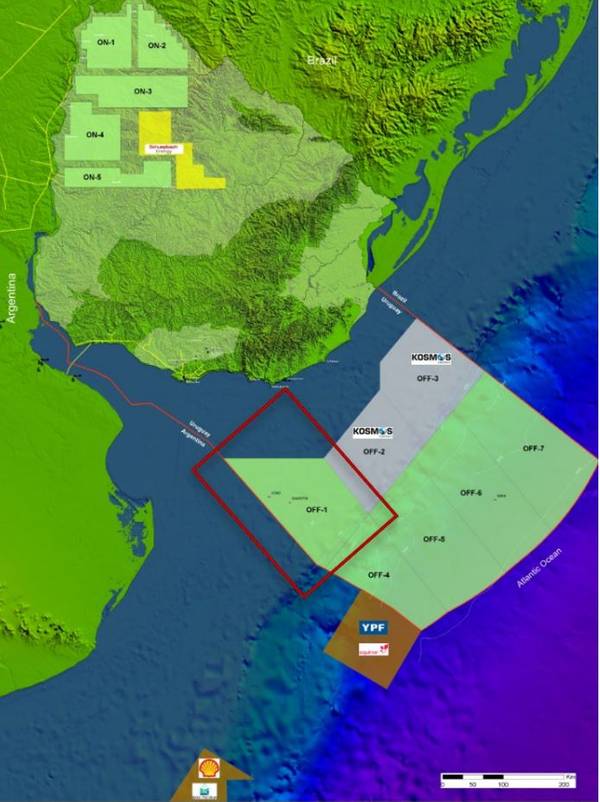 Oil and gas firm Bahamas Petroleum Company, expected to spud its first well offshore the Bahamas later this year, has expanded its portfolio.

The company on Tuesday said it has been awarded the AREA OFF-1 petroleum licence offshore Uruguay.

According to Bahamas Petroleum, the block could hold up to one billion barrels of oil equivalent (BBOE), based on current mapping from multiple exploration plays and leads in relatively shallow waters with significant running room.

What is more, Bahamas said that the Uruguay offshore blocks' license play system "is directly analogous to the prolific Cretaceous turbidite discoveries currently being evaluated/developed offshore Guyana and Suriname."

The block has an initial 4-year exploration period, with a work obligation limited to reprocessing and reinterpretation of selected historical 2D seismic data. There is no drilling obligation, and the license includes staged no-cost exit points at BPC's sole election.

"BPC believes that OFF-1 has the capacity to generate similar value uplift to the Company's existing licences in The Bahamas, where the Company's primary focus remains commencement of exploration drilling on Perseverance #1, expected to spud in late 2020 / early 2021, and targeting recoverable P50 oil resources 0.77 billion barrels, with an upside of 1.44 billion barrels," Bahamas Petroleum said Tuesday.

Simon Potter, Chief Executive Officer of Bahamas Petroleum Company, said: "The scale of the opportunity that our planned drilling campaign in The Bahamas may unlock for us, at the end of 2020, means that our personnel are and will remain entirely focussed on their efforts to deliver the Perseverance #1 exploration well successfully."

"However, the current period of introspection in our industry is presenting nimble, forward-thinking companies such as ourselves with compelling opportunities to expand our portfolio and achieve countercyclical growth. The recently-closed Open Licencing round in Uruguay presented exactly such an opportunity for us where, for very low cost, we have been able to secure an exploration license of an extremely high-calibre that, even as recently as a few months ago, we most likely would have been outbid on by much larger players,"he said.

The AREA OFF-1 license has a total area of approximately 15,000 km2  and is situated in water depths from 20 to 1000 meters, approximately 100 kms off the Uruguayan coast.

To remind, Bahamas Petroleum last month signed an offshore drilling rig contract with Stena Drilling. BPC will use the drilling rig to drill its Perseverance #1 prospect offshore The Bahamas.  The firm window for the start of drilling between December 15, 2020, and February 1, 2021. 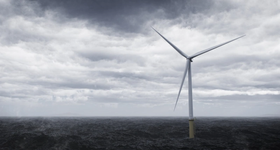 Vestas Buys Out Mitsubishi From Offshore Wind JV in Deal... 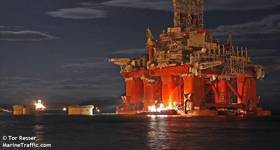