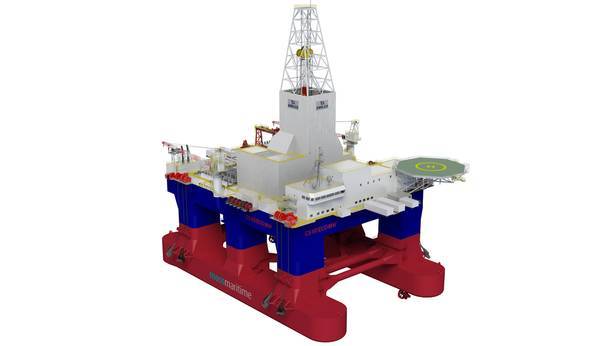 Singapore's offshore rig builder Keppel is considering taking legal action against Awilco Drilling after the drilling company on Monday said it had terminated a rig construction contract with Keppel.

Awilco Drilling said Monday that its subsidiary Awilco Rig 1 (AR1) had notified Keppel FELS that it had exercised its contractual termination right under a newbuilding contract between KFELS and AR1 for the construction of the semi-submersible drilling rig, Nordic Winter, "as a result of breaches under the vessel construction contract." It did not provide details on the alleged breaches.

The drilling company further said that the rig construction contract provided that on termination, AR1 would be entitled to a refund of the installments paid to Keppel of $54,720,985 plus accrued interest.

Responding to Awilco Drilling's announcement, in a statement issued on Tuesday, Keppel said that Awilco had sent it a notice "purporting to terminate the contract [worth about US$425million], alleging certain breaches relating to the project management, schedule, resourcing, and compliance."

"This Notice came shortly before the next payment installment of US$31.875 million due from Awilco under the contract on June 9, 2020, which was previously deferred in March 2020 at Awilco's request," Keppel said.

"Under the terms of the contract, an effective termination of the contract by Awilco might entitle it to the return of payments already made (approximately US$54 million) with interest, or to pay for the work done by Keppel FELS and take over the rig," the rig builder added, however, denying there have been grounds for Awilco to terminate the contract.

"Keppel FELS denies the allegations by Awilco in the Notice and has rejected the purported termination of the contract. Keppel FELS is currently considering its legal options and evaluating potential financial impact in consultation with its advisors. Keppel FELS has further reserved all its rights under the contract, including the right to retain the installments already received and to seek compensation for the work done to date in the event that Awilco defaults in the payment of the June 9 installment. The company will provide updates on material developments on this matter," Keppel said.

Awilco Drilling in 2018 ordered the harsh environment semi-submersible drilling rig from Keppel. This was followed by another newbuild order of the same type and with Keppel in 2019. These were first such orders after the previous oil price collapse.

The first rig was expected to be delivered in April 2021, with the second one - the Nordic Spring - scheduled delivery in March 2022. Remaining capital commitments at the end of the first quarter of 2020 in respect of the two new-build rigs total $757.6 million.

The company's Awilco Rig 1 subsidiary was due to pay $31.9 million to Keppel in June as part of the balance of the second installment for the first newbuild rig.

Awilco Drilling spokesperson told Offshore Engineer on Monday that the construction of the second rig, Nordic Spring, continued according to contract. The spokesperson wouldn't comment on the details of the alleged breach of contract by Keppel.

In Awilco's quarterly report released in May, there were signs that there might be issues with the payment of the second installment for the Nordic Winter drilling rig.

Awilco then said it would require additional funding to support this payment and ongoing project-related costs, and also said it was in dialogue with Keppel for the second installment.

"It is recognized that the construction contracts with the shipyard are structured such that there is no recourse to the rest of the Group in the event of default by the contracting subsidiaries," Awilco said in May.

The offshore drilling company currently has two drilling rigs, of which one rig in operation - the semi-submersible drilling rig WilPhoenix. The rig, built in 1982, has recently started P&A work for Petrofac in the UK North Sea. The company's other rig, the 1983-built semi-sub WilHunter, has been cold-stacked since 2016.

Under Awilco, the two rigs have spent most of their life in the UK North Sea.

The two newbuilds, one of which Awilco is trying to terminate the contract for, are of Moss Maritime's CS60 ECO MW design and configured and outfitted for mid-water operations in water depths up to 1,500m and able to work in the harsh environments.

Awilco has previously said that the target market for the newbuilds would be Norway.