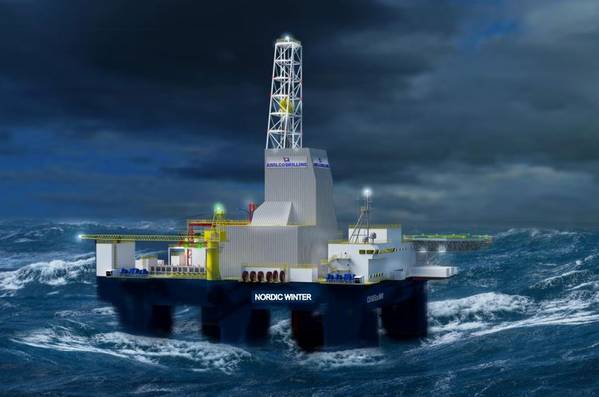 Awilco said Monday that its subsidiary Awilco Rig 1 (AR1) had notified Singapore-based Keppel FELS that it had exercised its contractual termination right under a newbuilding contract between KFELS and AR1 for the construction of a semi-submersible drilling rig, Nordic Winter, "as a result of breaches under the Vessel Construction Contract."

The vessel construction contract provides that on termination AR1 will be entitled to a refund of the installments paid to KFELS of $54,720,985 plus accrued interest, Awilco Drilling said. The company did not provide any details on the alleged breaches under the rig construction contract.

Awilco Drilling in 2018 caught the offshore drilling world by surprise when it ordered a harsh environment semi-submersible drilling rig from Singapore's Keppel. This was followed by another newbuild order of the same type and with the same company in 2019. These were first such orders after the previous oil price collapse.

The first rig was expected to be delivered in April 2021, with the second one - the Nordic Spring - scheduled delivery in March 2022. Remaining capital commitments at the end of the first quarter of 2020 in respect of the two new-build rigs total $757.6 million.

The company's Awilco Rig 1 subsidiary was due to pay $31.9 million to Keppel in June as part of the balance of the second installment for the first newbuild rig.

Offshore Engineer has reached out to both Awilco and Keppel, seeking more info on the alleged breaches of contract, and on the status of the second rig.

Regarding the contract breach, an Awilco Drilling spokesperson said the company couldn't provide any more details "at this point."

Asked about the status of the second rig, the spokesperson said: "The construction of the 2nd rig, Nordic Spring, continues according to contract."

Keppel on Tuesday issued a statement denying Awilco's claims on the breach of contract and said it was considering legal action. Read more here.