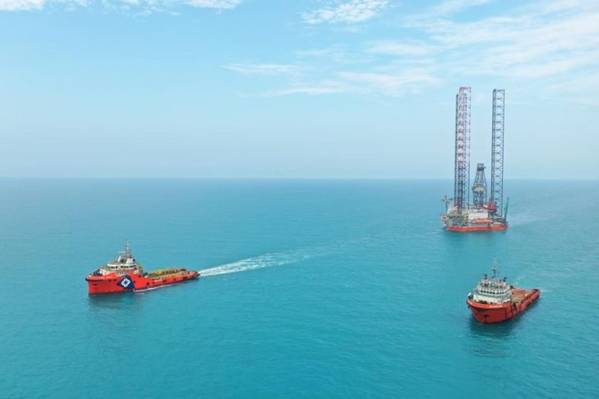 Having arrived from Singapore earlier this year, the newbuild offshore drilling rig started drilling operations at the Hokchi field off the coast of the State of Tabasco in April 2020.

However, the drilling contractor Grupo R said Friday that, "due to changes in global oil and gas market conditions, on June 1, 2020, Hokchi Energy decided to notify GRP of Early Termination for Convenience."

Grupo R said that the rig had been used to "repair" the Hokchi-4DEL (producer) and Hokchi-5DEL (injector) wells, prior to the contract termination notice."

The Cantarell III jack-up rig was built at the Keppel Fels shipyard in Singapore. It is of KFels B-Class design with the capacity to drill in a water depth of up to 400 feet (122 meters) and up to 30,000 feet (9144 meters) of drilling depth. It has the capacity to accommodate up to 150 people.