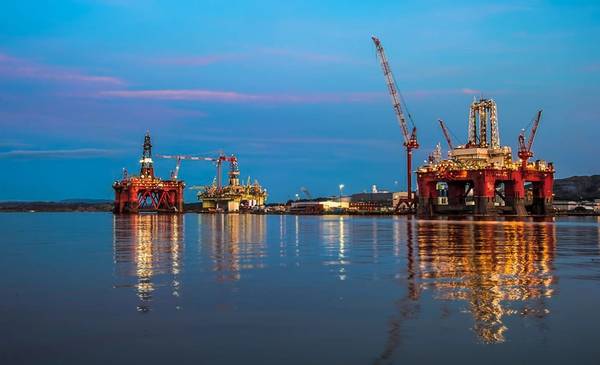 Norwegian oil and gas investment, a key economic driver, is expected to decline sharply in 2021 after rising less than previously anticipated this year, an industry survey by the national statistics agency (SSB) showed on Thursday.

The biggest drop will come in the exploration for new reserves and in spending on development plans, while ongoing oilfield construction work continues largely as expected, the data showed.

The closely watched forecasts, based on data from oil companies, show 2020 investment plans have been cut to 180.3 billion Norwegian crowns ($19 billion) from 185.4 billion seen in February, but still up from 177.5 billion in 2019.

Next year, investment in Norway's oil sector is now projected at 145.6 billion crowns, compared with a forecast of 152 billion three months ago, SSB said.

The price of North Sea oil hit two-decade lows in April as coronavirus lockdowns and travel restrictions sharply reduced demand for fossil fuels, but have since recovered some losses as major producing nations agreed to cut their output.

Oil companies, including Norway's state-controlled Equinor, have said they intend to reduce both operating and capital spending in order to preserve cash during the downturn.

A planned tax cut currently making its way through parliament could lead companies to sanction more projects, however, including the NOAKA, Eldfisk North, Grevling and Lavrans oilfield developments, the statistics agency added.

"Therefore, it is not unlikely that the decline for 2021 will be less severe than what is indicated in this survey," SSB said.

"There are no doubts that real petroleum investments are headed for a significant decline during 2020-21, something which will weigh on the recovery of the overall economy," brokers Handelsbanken Capital Markets wrote in a note to clients.