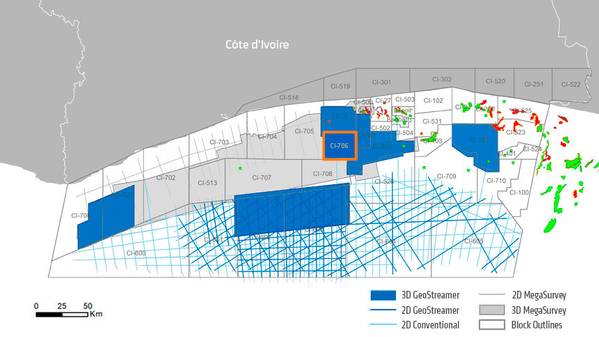 "Recently completed final depth processing has improved illumination of the block, adding a second azimuth to existing GeoStreamer data. The latest north-south acquisition, which covers the majority of the block, was processed with the underlying east-west-acquired data. The combined azimuths benefit from the GeoStreamer broadband frequency bandwidth and a comprehensive depth imaging flow," PGS said.

The combination of two data azimuths has resulted in increased resolution of complex faulting in the syn-transform section, to enable a greater understanding of the distribution of Albian sandstone targets hosted in tilted fault blocks.

The imaging of the prolific Upper Cretaceous play is also improved, with a clearer delineation of turbidite channel and fan complexes. Heightened imaging of the geomorphology of stratigraphic pinch-out traps can also reduce the risks associated with hydrocarbon migration and trap integrity.
A further 7 000 sq. km of GeoStreamer broadband data will be available in July 2020, the company said.

The two blocks cover an area of approximately 3,200 square kilometers, and present multi-target hydrocarbon prospects in water depths ranging from 1,000 to 2,000 meters, 35 kilometers from shore and about 100 kilometers from nearby Foxtrot, Espoir and Baobab fields, Qatar Petroleum said. 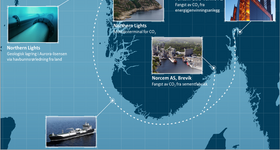