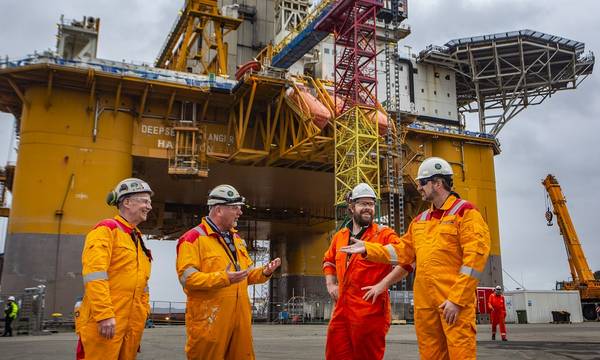 Jotun said Monday it was working with Odfjell Drilling to provide an anti-fouling and topside coating solution for the semi-submersible drilling unit that is expected to move to South Africa to drill for the French oil major Total later this year.

"To ensure optimum operations and durability, both above and below the surface, Jotun is now applying the premium anti-fouling SeaQuantum Ultra S and topcoat Hardtop One, a unique polixiloxane coating, at the Semco Maritime yard near Bergen, Norway," Jotun said.

Jotun explained that a combination of high fouling intensity and strong ocean currents has the potential to threaten the efficiency of operations.

"Heavy fouling on the rig hull will increase frictional drag and this, allied to the force of the currents against the rig walls, makes it harder to maintain the correct position. This creates a demand for greater thruster power," Jotun said.

He said that biofouling is as big an issue for the offshore industry, particularly with DP vessels, as it is for shipping, "and with our established expertise in this niche we were perfectly positioned to find the right solution for this advanced asset."

The Deepsea Stavanger is in dry dock in Bergen undergoing for maintenance and modifications in preparation for the upcoming drilling campaign on Block 11B/12B.

The rig was previously expected to start drilling in the block in the second quarter of the year, however, Africa Energy, Total's partner in the project said the drilling would begin in the third quarter.

Africa Energy recently cited global travel restrictions caused by the COVID-10 pandemic for the delay. The drilling campaign is expected to start with the spudding of the Luiperd well.