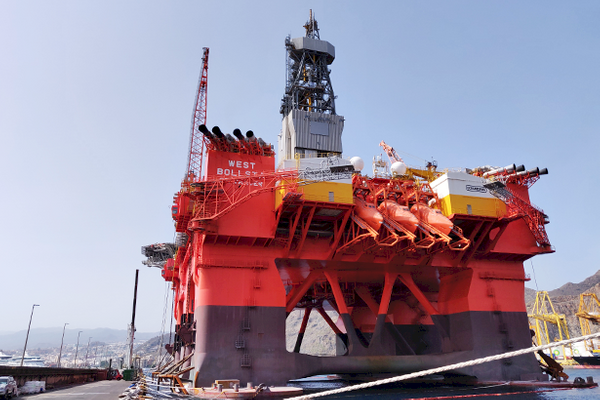 Lundin Energy has obtained a drilling permit for an offshore exploration well in the Barents Sea, off the Norwegian coast.

The Norwegian Petroleum Directorate said Tuesday that it had granted Lundin Energy Norway permission to drill the well formally named 7219/11-1.

Lundin is the operator of the offshore license with an interest of 40 percent. The other licensees are Aker BP ASA with 35 percent and Wintershall Dea Norge AS with 25 percent.

The well will be drilled about 35 kilometers northwest of the Alta discovery. Production license 533 B was awarded on 2 March 2018 in APA 2017. This is the first well to be drilled in the license.

Lundin Energy, formerly known as Lundin Petroleum, plans to use the recently delivered, Seadrill-operated, West Bollsta semi-submersible drilling rig to drill the wildcat well in the production license 533B. Lundin has hired the rig on a 10-well contract.

Worth noting, NPD's drilling permit is conditional on the operator securing all other permits and consents required by other authorities before the actual start of the drilling activity.

One of the other relevant authorities is the Petroleum Safety Authority which has yet to grant its Acknowledgment of Compliance for the Hyundai Heavy-built West Bollsta rig, deeming it fit for work offshore Norway.

Namely, the PSA Norway back in January said it had found irregularities aboard the rig, in relation to the electrical facilities, technical safety, and maintenance management.

Then, in April, it said it had identified irregularities with the certification of lifting equipment in the drilling area, and with regards to the crane operator’s view of loading areas, among other things.

Before the PSA issues an AoC, a company must have corrected all known safety-critical non-conformities, and the facility must have been issued with maritime certificates from the appropriate flag state.

Offshore Engineer has reached out to the Petroleum Safety Authority seeking more details about the progress of the AoC and what needs to be done to make the rig drill-ready.

A PSA Norway spokesperson said: "We haven’t issued an AoC for West Bollsta. The application is still pending. I can´t say what and how much work remains. This question must be asked to Seadrill. It is the responsible company that must ensure that its organization and management system, as well as the facility's technical condition, comply with the regulations."