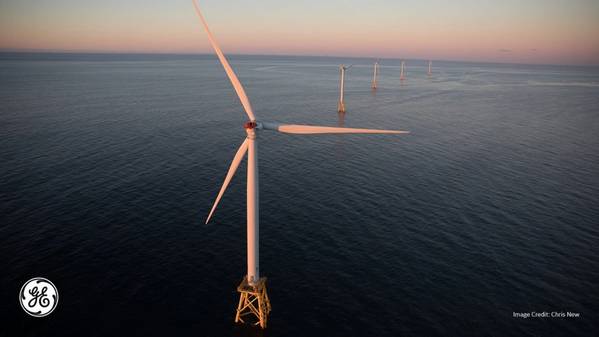 Canadian energy infrastructure firm Enbridge has reached a deal to sell 49% of its 50% interest in three offshore wind projects under development in France to the Canada Pension Plan Investment Board (CPP Investments).

The deal includes initial proceeds of over C$100 million (USD 71,1 million), and pro-rata contributions for development and construction, going forward.

The company said Thursday it had on on May 1, 2020, executed agreements with CPP whereby 49% of  Enbridge's 50% interest in Éolien Maritime France SAS (EMF) will be sold to CPP in return for a payment which will include a project promote as well as 49% of all development capital spent by Enbridge since inception to the date of close.

Éolien Maritime France SAS is a 50/50 joint venture between Enbridge and EDF, which is working to develop three wind farms offshore France, the Saint Nazaire, the Fecamp, and Courseulles.

The Saint-Nazaire Offshore Wind Project in the Loire-Atlantique region in coastal France is a 480-megawatt (MW) wind farm that will feature 80 GE Haliade 160-6MW turbines to be manufactured in France. According to GE, each Haliade turbine powers 5,000 homes; the project is expected to generate the equivalent of 20% of the Loire-Atlantique’s electricity consumption.

Turbines will be located between 12 and 20 kilometers off the Loire-Atlantique coast, at depths ranging from 12 to 25 meters, and deployed an area of about 78 square km.  Turbines for the other two projects will be supplied by Siemens Gamesa.

"It's expected the transaction will improve the company's equity returns from the project, reflecting a continued emphasis on disciplined capital allocation," Enbridge said.

Completion of the transaction is subject to customary regulatory approvals and is anticipated to close in the fourth quarter of 2020.

After the transaction closes, through the Enbridge's's investment in Éolien Maritime France SAS, Enbridge will own equity interests in three French offshore wind projects, including, Saint Nazaire (25.5%), Fecamp (17.9%), and Courseulles (21.7%)