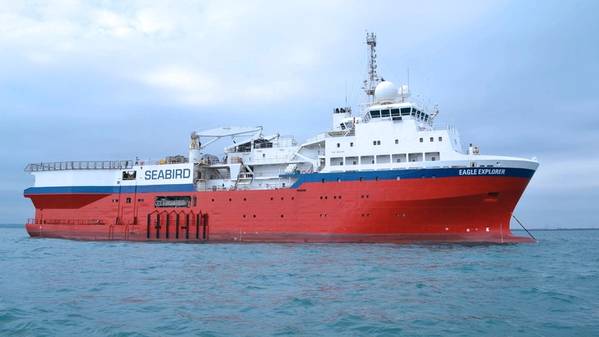 In a statement on Monday, SeaBird Exploration said it had been notified that the end-client has canceled the two OBN surveys off West Africa due to the COVID-19 situation.

The work under the contract awarded was supposed to begin in April and was expected to take 80 days to complete. SeaBird planned to used its Eagle Explorer vessel for the job.

"The Eagle Explorer has mobilized and is ready for work, and the company expects to be made whole on the contract," SeaBird said Monday.

The Eagle Explorer vessel joined the SeaBird fleet in 2018. The 94 meters long vessel, formerly owned by CGG and known as Geowave Voyager, can operate as either a 3D, 2D or Source vessel.

SeaBird bought the vessel for $17 million from CGG in 2018. According to MarineTraffic data, the vessel is currently located in Las Palmas, Spain.

Due to the combination of the coronavirus and low oil prices, several seismic surveys were canceled or delayed in the past weeks.

Polarcus recently lost two contracts in W. Africa and Asia. The company last week said it t would reduce workforce and employees' salaries, and warm-stack survey vessels, as a response to the uncertainty marine seismic industry is facing.

Offshore survey firm EMGS has said it would terminate all employees and consultants except for a skeleton crew, which will continue to service the multi-client late sales and consulting market. The move followed contract cancellations with Pemex and BP in Mexico, and Senegal, respectively.

Seismic surveyor PGS last Friday said, that it would cold-stack two of the eight currently operated 3D vessels early in Q2, after completion of current projects, meaning the company does not expect to be awarded further work for those vessels anytime soon.

PGS said Friday that it hadn't yet received contract cancellations, however, it said that most processes to conclude contract negotiations have since early March been substantially delayed or resulted in a postponement of projects.