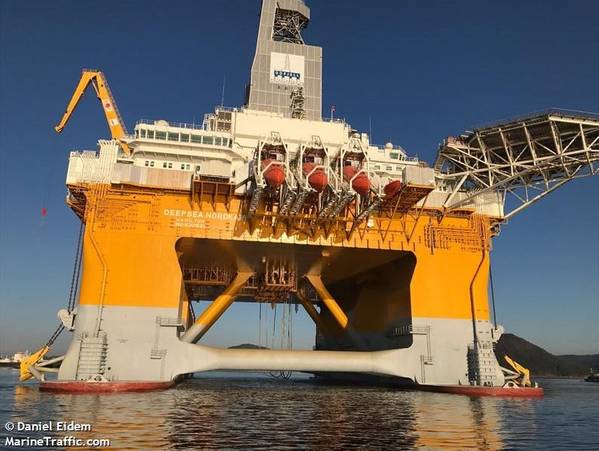 Norwegian oil company Aker BP has made a minor gas discovery in the Norwegian Sea, 210 kilometers west of Brønnøysund.

The Norwegian Petroleum Directorate reported on Monday that Aker BP had completed the drilling of the wildcat well 6506/5-1 S. The objective of the well was to prove petroleum in Upper Cretaceous reservoir rocks (the Lysing Formation).

According to NPD, preliminary estimates place the size of the discovery between 1.0 and 2.4 billion standard cubic metres (Sm3) of recoverable gas. The licensees will evaluate the discovery together with nearby prospects with regard to further follow-up.

The well 6506/5-1 S was drilled to a measured depth of 3225 meters and a vertical depth of 3166 meters below sea level, and it was terminated in the Lange Formation in the Lower Cretaceous. Water depth at the site is 409 meters. The well has been temporarily plugged and abandoned.

Well 6506/5-1 S was drilled by the Deepsea Nordkapp semi-submersible drilling rig. drilling facility, which will now drill observation well 25/4-K-7 H on the Alvheim field in the central part of the North Sea, where Aker BP is also the operator.