Ten Signs the Oil Industry is Bent Out of Shape 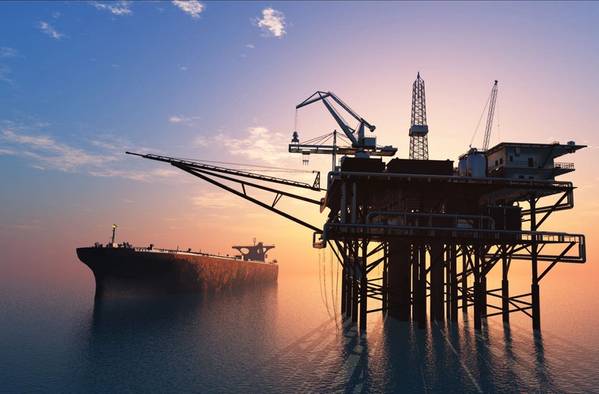 Illustration; Image by Kovalenko I - AdobeStock

The oil industry has been hit by a simultaneous demand and supply shock in March as the coronavirus pandemic cuts fuel consumption and top producer Saudi Arabia raises output to full capacity to fight a price war with rivals.

International crude oil prices have lost about 45% this month and fallen below the cost of much of the world's production, causing energy companies worldwide to slash spending by tens of billions of dollars.

The collapse in demand and of energy diplomacy between Saudi Arabia, Russia and others have triggered unprecedented responses from governments and investors. Here are ten signs of an industry in distress.

Riyadh shocked the oil industry by going on the offensive after talks collapsed with Russia in early March on a deal to cut supply to compensate for how coronavirus was hitting demand.

Saudi Arabia slashed export prices and said it would pump at a record of 12.3 million barrels per day, pouring a flood of oil into a market that needed less. It lined up an armada of ships for export, targeting refiners that buy Russian crude, as well as the United States, wiping out profit margins for U.S. exports.

The moves were all the more shocking coming from a producer that for years has had a role akin to the industry's central bank. The kingdom is the de facto leader of the Organization of the Petroleum Exporting Countries (OPEC) and for decades adjusted output more than any other oil producer to keep markets balanced.

Producers in top U.S. producing state Texas went to regulators - and asked them to intervene to cut production. Texas does not intervene that much. The last time was in 1973. To be sure, other Texas commissioners and oil industry groups have thrown cold water on the idea.

One of three Texas commissioners at the body that regulates the industry got a call from the secretary general of OPEC to discuss the market. Commissioner Ryan Sitton said on Friday that Texas could consider a 10% output cut, possibly in coordination with that group. Before now, U.S. shale oil producers dared not consider coordinated cuts for fear of violating U.S. anti-trust laws.

Three of the steepest declines in benchmark Brent crude have taken place in the last two weeks - March 9, March 16, and March 18

On March 23, the U.S. gasoline market plummeted the most ever in one day, as futures lost 32% to hit a record low.

Jet fuel deteriorates quickly in storage, and then it cannot be used. Yet demand has fallen so fast as airlines ground aircraft around the world that firms including oil majors BP and Royal Dutch Shell both sought to lease ships just to store unneeded jet fuel.

You want to make gasoline? It'll cost you. On Monday, the margins to produce U.S. gasoline - the price for a barrel of oil minus a barrel of gasoline - closed at a negative price, which means refiners would lose money buying crude to make the fuel. Gasoline typically drives the energy complex, as fuel for vehicles accounts for most oil demand worldwide. The margin fell to minus $1.11 a barrel on Monday, its lowest since 2008.

Rosneft Chief Executive Igor Sechin was unwilling to give ground as the U.S. shale industry faced collapse. Oil prices could go back to $60 a barrel if "shale oil leaves markets," he said on Friday. On Monday, his rival, Lukoil co-owner Leonid Fedun, said "this will be a war until exhaustion."

Corn and sugar supplies look set to rise this year as fuel suppliers make less ethanol for blending into gasoline. Companies such as France's Tereos are shifting ethanol production to industrial uses like hand sanitizer, while sugar producers in Brazil are aiming to make more of the sweetener rather than the fuel.

Volatility in oil markets has been exacerbated as oil companies stay out. That leaves speculators, and makes for rapid moves in prices around the close of trading. Thursday's rally was so great that post-close trading had to stop; Friday was the reverse, with prices that dove by $4 at the end of trading.

"It's a crazy market. I don't know how to trade this," one futures trader said.

French major Total shut its Grandpuits refinery, located outside of Paris, early in March for maintenance. When it was time to restart the 102,000 barrel-per-day facility, Total said...never mind. Demand weakened so quickly that it figured it would just keep it offline. While others have closed, major refiners outside Los Angeles, California, have curtailed production because of lackluster demand.

One of the nations hit worst by the coronavirus pandemic, Italy, is simply shutting its petrol stations. They started to close on March 25 on the nation's motorways, operators there said, because it was impossible to guarantee health safety standards and keep businesses going. 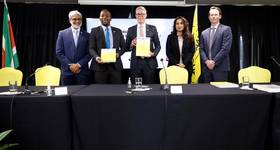