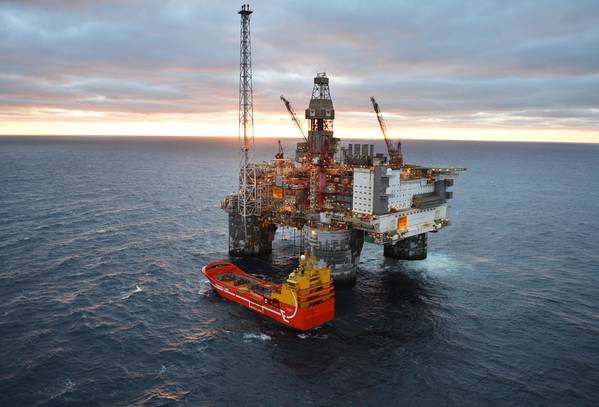 Norway's Petroleum Safety Authority has given its approval for the tie-in of Wintershall Dea's Dvalin gas field to Equinor's Heidrun host platform in the Norwegian Sea.

The development solution/concept for Dvalin is to connect the well stream to Heidrun TLP for processing. Condensate will go to Heidrun B, and gas will be sent via Polarled pipeline to Nyhamna onshore plant. The tie-in work is expected to begin in the second quarter of 2020.

Operated by Wintershall Dea, Dvalin sits in the central part of the Norwegian Sea and consists of two separate structures, Dvalin East and Dvalin West, sitting in the water depth of 400 meters.

The plan for development and production (PDO) was approved in March 2017.

The development concept is a subsea template with four gas producers tied-back to the Heidrun platform. The field is currently under development. Production is planned to start in late 2020.

As for the host platform, the unit is a floating concrete tension-leg platform which started producing from Equinor's Heidrun field in 1995.