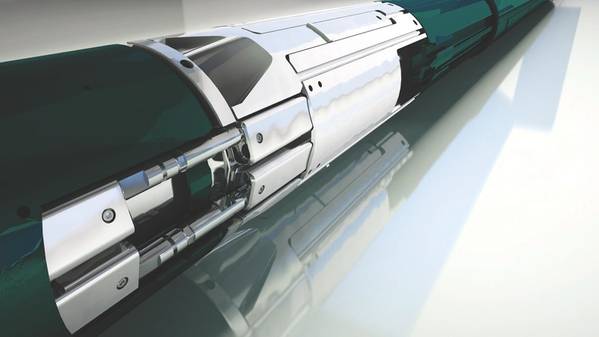 Forewarned is forearmed, an adage that is particularly true when it comes to deepwater drilling. Offshore drillers are increasingly relying on existing and new downhole data technologies to make real-time decisions and keep operations safe.

Multi-trip completions in offshore wells have long left operators in the dark about what was happening in the pay zone. Modular technology that connects hydraulics, electric and fiber optics between the upper and lower completions delivers reservoir performance data in real-time.

Complex offshore and subsea wells often rely on multi-trip completion designs to ensure the completion assembly reaches depth without damaging the reservoir. The drawback of this approach is that it has, until recently, made it impossible to run fiber, electric and hydraulic lines that reach the lower completion, which is the part that is in contact with the reservoir.

Thomas Scott, global product line director for intelligent production systems and reservoir information at Baker Hughes, says the industry has been operating with insufficient data since the 1970s, leaving operators unable to tell how efficiently they were draining an asset.

In answer to this problem, Baker Hughes developed a downhole intelligent wet-mate system that enables real-time production monitoring and control of the completion system across the entire wellbore in multi-trip completions. The SureCONNECT enables connection and re-connection of the upper completion components with the lower completion. The system uses a modular approach to connect the hydraulics, the electrics that power traditional monitoring systems such as quartz-based pressure temperature gauges and in-well flow control valves, along with fiber optics with one system design.

“The SureCONNECT system as a whole is a tool that allows us to run multiple trips in the completion,” Scott says. “This system allows operators to complete wells in ways they never thought possible.”

The system makes available “real-time data that we understand and makes it actionable. It’s not just feeding out data, but what does it mean from a reservoir perspective? What can I do to get more value?” Scott says the system “enables monitoring and control in the lower completion. For the first time in the industry, we’ve enabled every well to have this level of monitoring.”

Because the installation is permanent, it provides information about changing reservoir conditions over the life of the well. The SureCONNECT system also allows workover operations to be completed without retrieving the lower completion, such as installation or retrieval of an electrical submersible pump or repairing a safety valve, which decreases rig time, safety risks and equipment costs.

At its heart, Scott says, the system is intended to help operators derive more value out of their assets while enabling efficiency and more remote control of operations. It does this through data. 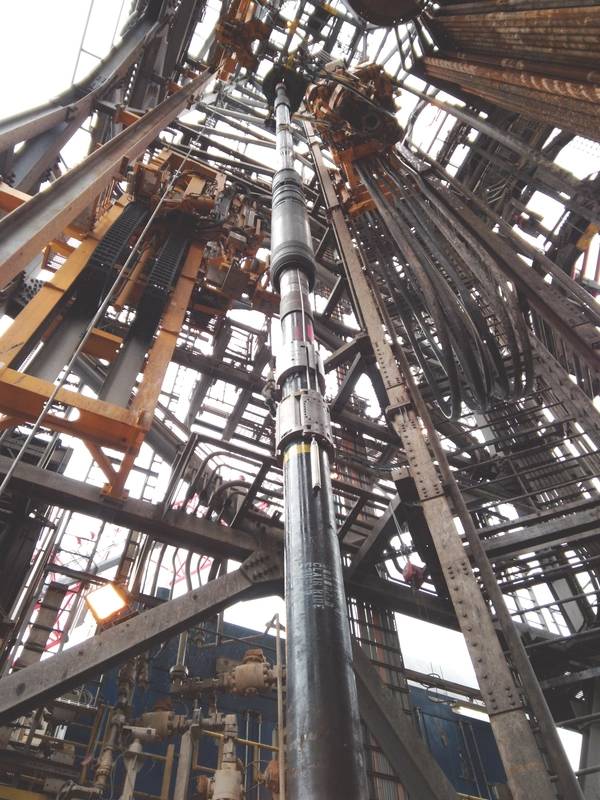 SureCONNECT system subassembly with Premier feedthrough packer, SureVIEW CoreBright fiber, and pressure/temperature gauges being picked up prior to running-in-hole with the lower completion during an install West of Shetland. This marked the world’s first multi-trip completion installation with fullbore fiber-optic capability. (Photo: Baker Hughes)

Fiber optic technology provides real-time data about the reservoir through distributed measurement along the length of the fiber. Scott says the fiber optics can simultaneously acquire distributed acoustic sensing (DAS) and distributed temperature sensing (DTS) along with point pressure and reservoir strain data. All this data makes it possible to detect where sands are coming from and where and which fluids are being produced or injected. It can also monitor equipment health such as valve shifting quality for safety valves and inflow control valves, detect flow anomalies such as leaks and other wellbore integrity issues, conduct vertical seismic profiling to map the reservoir properties and fluid boundaries over time, and enable compaction monitoring through a combination of acoustic and strain sensing.

“We modeled these things in the past, and now we’re actually measuring these things. It takes the guess work out of it,” Scott says. “It’s a lot richer data set through fiber optics than you get when compared to electric. Fiber optics as a whole has started to deliver more value in recent years.”

And while that level of data has long been desired, for years it wasn’t possible, partly because of the difficulty in mating fiber optics about the width of a human hair in the lower completion with fiber optics in the upper completion a mile under the earth, he says.

The modular system includes five channels that can be customized based on how the completion engineer wants to complete the well. Each channel supports two hydraulic lines, one electric line or one six-fiber line. The electric connectors make traditional monitoring devices like pressure and temperature gauges and electric choking valves possible in the lower connection while hydraulic actuations can help mitigate scale or asphaltene buildup through chemical injection.

“This gives extra flexibility to put monitoring and control tools in the lower completion that haven’t been possible before. It gives more segmentation and control of the completion,” Scott says.

The data available through SureCONNECT enables operators to make more remote decisions, which minimizes the need for transporting experts offshore. Because the system is compatible with other downhole technologies used to shut off zones and optimize production, it creates standardization across intelligent completion designs, the company says.

The gathered data is processed at the surface and turned into actionable, data-driven solutions, according to Baker Hughes. One such action might be shutting off water and gas-dominant zones through remotely actuated sliding sleeves to optimize production in real time.

In addition to allowing the downhole connection of electric, hydraulic, and fiber-optic lines in multi-trip completions, SureCONNECT makes flow profiling, fullbore well monitoring and control possible, according to the company. 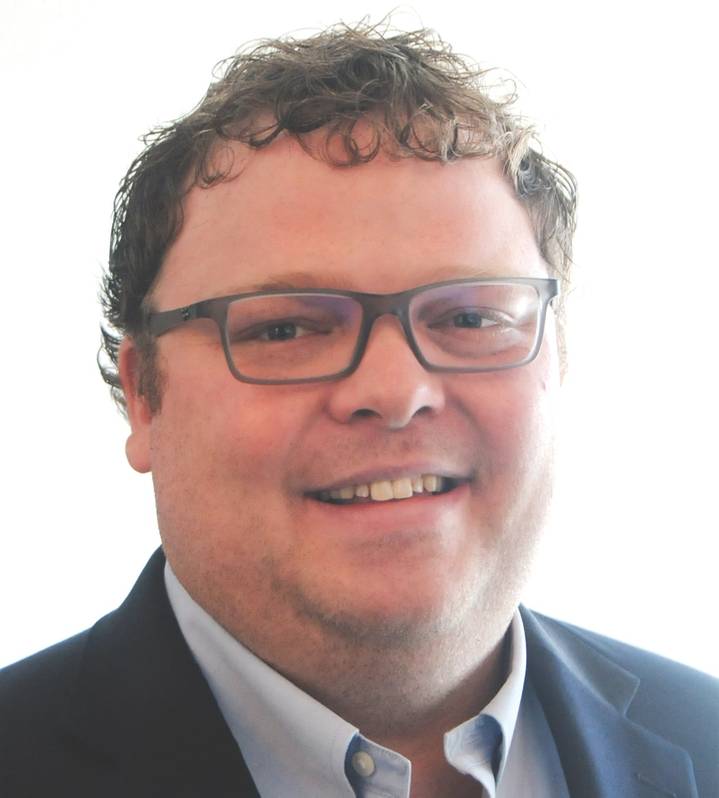 “We modeled these things in the past, and now we’re actually measuring these things. It takes the guess work out of this.”  – Thomas Scott, global product line director for intelligent production systems and reservoir information at Baker Hughes (Photo: Baker Hughes)

Connecting  at Clair Ridge
BP has deployed SureCONNECT in its operated offshore Clair Ridge field West of Shetland. This was the world’s first multi-trip completion installation with fullbore fiber-optic capability. During the deployment, six optical fibers were mated between the upper and lower completions. BP will use the data gathered in parallel with conventional well surveillance data to provide a better understanding of fracture performance in real time.

Clair Ridge is the second phase of development of the Clair field, which was discovered in 1977 and holds more than 7 billion barrels of oil in place. Clair Ridge features a highly fractured reservoir with some areas that produce quite a lot and other that don’t. Clair Ridge, which achieved first oil in late 2018, targets 640 million barrels of recoverable oil reserves.

“The wells there are complex. They’re very deviated, with tortuous paths,” Scott says. “To efficiently produce this reservoir, they need to know what’s happening in the reservoir.”

He says the use of SureCONNECT in the Clair Ridge field has made it possible to “see value almost instantaneously” by making it possible to “detect where water is coming from and take appropriate actions to handle that water. They are producing from a highly fractured reservoir in a way that wouldn’t have been possible without the SureCONNECT technology.”

Scott calls the development of SureCONNECT a two-decade journey and says BP and Shell have been key partners in fine-tuning the system.

“We deployed various aspects of it over the years,” he says.

One of those was a fiber-optic only version that was installed at Shell’s Mars A field in the deepwater Gulf of Mexico in 2012. The electric connector was deployed in Brazil in 2003, and the hydraulic connector in 1998 in the UK.

The full commercialization of the modular version capable of accommodating and mating fiber optics, hydraulics and electric came in 2019.

“The critical piece was how could we get to a place where we could do this reliably,” Scott says. “It’s more than just the tool itself. It’s the process and project management process.”

All those pieces combine in SureCONNECT to make it possible to do more with less, Scott says. This fits in with the industry’s drive for efficiency across the board, he adds.

“This unlocks a whole new level of efficiency that gets us to the point where we can talk about autonomous control,” he says. “They can unlock more assets and profitability over the life of the well.”