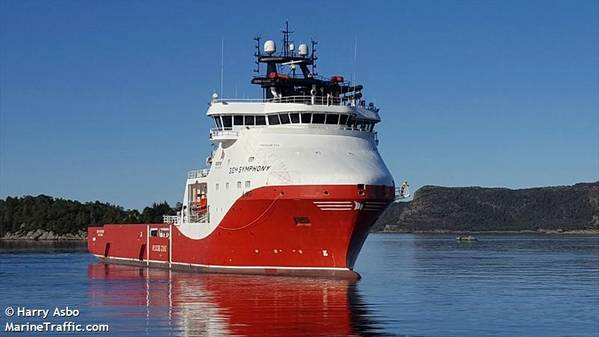 The firm contract is estimated up to 600 days plus options and the vessel is expected to start operation during the second quarter of 2020.

Two LNG-fuelled PSVs Island Crusader and Island Contender have been awarded contracts for a period of 600 days and 400 days respectively, while Island Commander has scored a three-year deal. Lundin will have options to extend contracts for all three platform suppliers.

In other Lundin related news, Lundin Petroleum on Friday said it had taken the decision to instigate precautionary measures for the upcoming Annual General Meeting (AGM) to  March 31, 2020, in "Vinterträdgården" at Grand Hôtel, Södra Blasieholmshamnen 8, in Stockholm, as a result of the current Covid-19 outbreak.

In order to reduce the risk of spreading the virus and to safeguard the well-being of shareholders and Lundin Petroleum personnel, Lundin announced several measures.

The AGM agenda will be addressed by the Chairman of the AGM without any specific presentations, and it is proposed that there be no speech by the Chief Executive Officer, and attendees from Lundin Petroleum, including Board members and management, will be kept to a bare minimum.

The company has also instructed shareholders displaying symptoms of illness or being part of a risk group to attend the AGM and to exercise their voting power through proxy.

"There will be no ancillary showcases or informal engagement with representatives of Lundin Petroleum.  there will be no food or beverages served before, during or after the AGM, the meeting will be held entirely in Swedish and no translation services will be provided," Lundin said.

"Attendees, who nonetheless wish to attend in person, may be subject to health screening at the entrance and will be asked to spread out in the room and avoid close contact with other attendees," the company said.

Also, all external guests, including media not be allowed to attend

"The Company hopes that by applying these precautionary measures, the AGM can be maintained. However, restrictions on multiple person gatherings in Sweden are continuing to evolve and there can be no certainty that by 31 March 2020 the AGM can take place in any format. Lundin Petroleum is monitoring the situation closely and will advise if further action is to be taken," the company added.