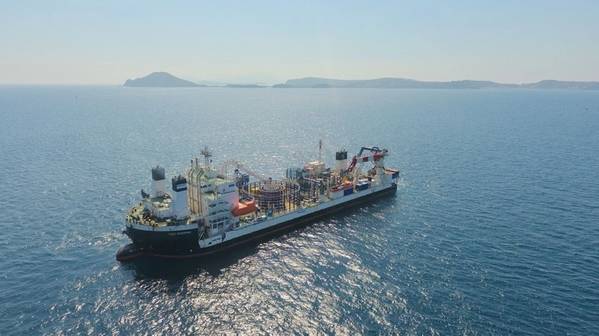 Italian marine cable installation specialist Prysmian has won a contract worth over €150 million (around $167 million) to deliver cable systems for an offshore wind farm in France.

Prysmian said Thursday the contract was awarded by Réseau de Transport d'Électricité (RTE) for the development of two submarine and land export power cable systems to connect the offshore wind farm located in between the islands of Yeu and Noirmoutier to the French mainland power grid.

The offshore wind farm is being developed by the company Les Eoliennes en Mer d'Ile d'Yeu et Noirmoutier which was awarded around 500 MW capacity production by the French government.

RTE, the French transmission system operator appointed by the French government, will design, build, maintain and operate the two 225 kV links (submarine and land) to connect the offshore wind farm to the grid.

Prysmian will be also responsible for the supply and jointing of two HVAC 225 kV extruded land cables circuits that will link the landfall area to the substation at Soullans.

Submarine cables will be produced at Prysmian's centers in Pikkala (Finland) and Arco Felice (Italy), while land cables will be manufactured in Gron (France).

Installation operations will be performed by the Cable Enterprise cable laying vessel.

Delivery and commissioning are scheduled for 2023, conditional upon the receiving of the notice to proceed expected by March 2020 regarding the preliminary studies, and by June 2020 for the overall project.