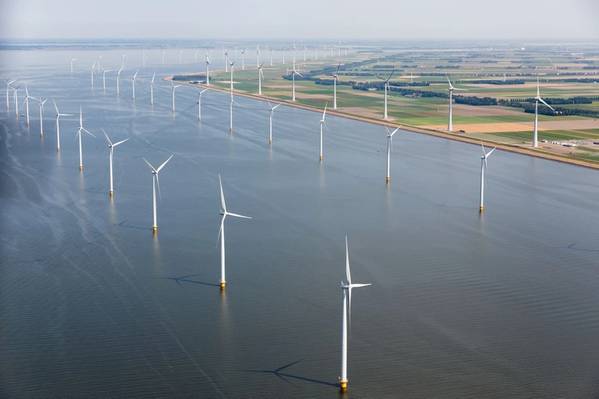 For Illustration; An offshore wind farm in The Netherlands - Image by Kruwt - AdobeStock

The Dutch government on Wednesday said it would double the amount of money available under its renewable energy subsidy program to 4 billion euros ($4.45 billion) in 2020, from a previously planned 2 billion euros.

The Netherlands is scrambling to meet its obligations under the Kyoto Protocol to cut greenhouse gas emissions to 25% below 1990 levels by the end of this year.

In a letter to parliament, Economic Affairs Minister Eric Wiebes said the extra money was intended to help the country meet its promise to cut carbon dioxide emissions.

"There are a large number of projects that can offer a cost-effective contribution," Wiebes said.

In December the government lost a final appeal against a case brought led by environmental group Urgenda Foundation demanding its emissions target be met.

The Netherlands is among Europe's worst performers on environmental measures and is forecast to generate just 11.4 percent of its energy from renewable sources this year.

That number should rise rapidly over the next decade as major offshore wind projects and numerous smaller solar projects come online.