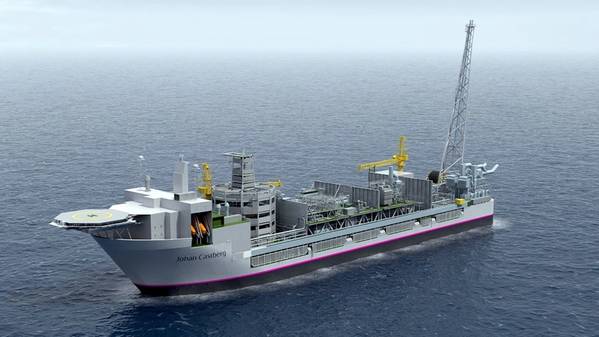 The upstream oil and gas sector’s biggest commercial fear from the Coronavirus (COVID-19) epidemic is its impact on demand and prices. Only a small proportion of global supply comes from the worst-affected regions.

Manufacturing shutdowns and shipping bottlenecks are causing project delays. Vessels and other large components being constructed in affected shipyards have the most obvious supply impact. But the volumes at risk are not material in global production terms, Wood Mackenzie said.

Wood Mackenzie Head of Upstream Analysis Fraser McKay said: "For most operators, even if delays stretch to six months, the greatest impact is prevailing oil and gas prices."

"A three-month delay at the Johan Castberg development would dent NPV10 by less than 1%. The effect of a 5% increase in the remaining CAPEX is approximately double that. However, a sustained Brent price drop of US$10/bbl means US$1 billion less cash flow per quarter for operator Equinor."

"Using Wood Mackenzie’s Lens Direct data, we calculate a US$10/bbl change in price (the pull-back in Brent since January) has a US$40 billion impact on global cash flow per quarter. For some companies, this could make the difference between increasing shareholder distributions or another year of negative cash flow."

As there has been little effect on flowing supply so far, industry concern has instead focused on newbuilds.

McKay said: “We estimate projects with peak capacity of 1.5 million b/d and nearly 4 bcfd are at risk of delay relative to our start-up estimates. A total of 2 million b/d and 6 bcfd is under construction across Southeast Asia.

"If delays do occur, an average of three months would only reduce 2022 production (the peak year of impact) by 160,000 b/d. A mere scratch on the surface of global supply. But if control of the disease takes a turn for the worse, the impact multiplies quickly."

Globalized supply networks could be augmented with a resurgence in local manufacturing. But to offset the increased cost, investment in technology-led regionalization would need to accelerate, Woodmac added.