Norwegian company Equinor has become the third major fossil fuel producer to abandon plans to drill for oil in the Great Australian Bight, after years of work. Previously, BP and Chevron canceled their drilling plans in the area, in 2016, and 2017 respectively.

Equinor will not go ahead with the $200 million project, after sustained pressure from environmental activists.

Equinor has informed the Australian authorities of its decision to discontinue its exploration drilling plan (Stromlo-1) in the Ceduna sub-basin, offshore South Australia.

Following a holistic review of its exploration portfolio, Equinor has concluded that the project’s potential is not commercially competitive compared with other exploration opportunities in the company, Equinor said.

Equinor has informed the federal, South Australian and local authorities about its decision. The company entered the licenses in the Ceduna sub-basin as a partner in 2013 and took over as operator with a 100% equity share in 2017.

“We will engage with the federal and state authorities regarding our decision to discontinue the exploration program. We hold an exploration permit offshore Western Australia and will maintain other ongoing interests and activities in Australia”, Stangeland said.

NOPSEMA, Australia's offshore oil and gas safety regulator, acknowledged the announcement by Equinor that it would not be progressing with its proposal to carry out exploratory drilling in the Great Australian Bight.

"The decision by Equinor to discontinue with plans to drill exploration wells is a decision for the company, and questions regarding the decision should be addressed to Equinor," NOPSEMA said Tuesday.

NOPSEMA accepted Equinor's environment plan for petroleum drilling in the Great Australian Bight on December 18, 2019. The environment plan remains in force until Equinor formally advises NOPSEMA that it is ceasing operations under the plan. 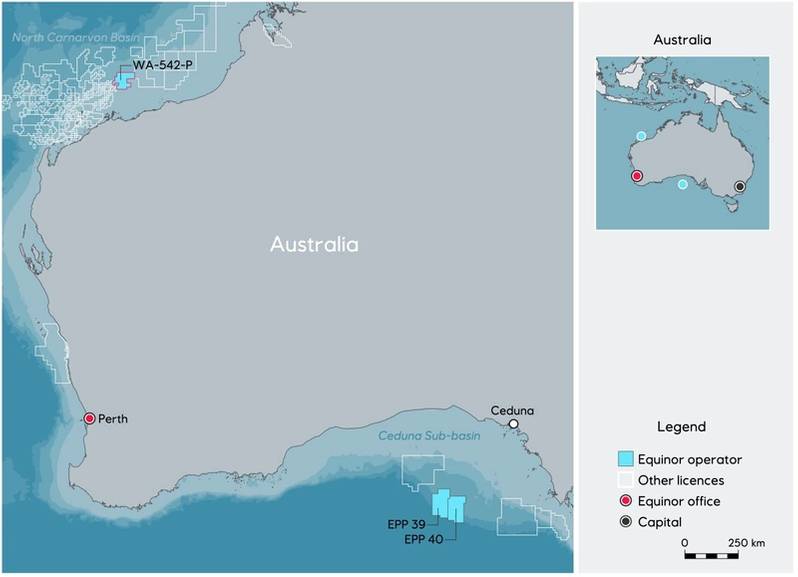