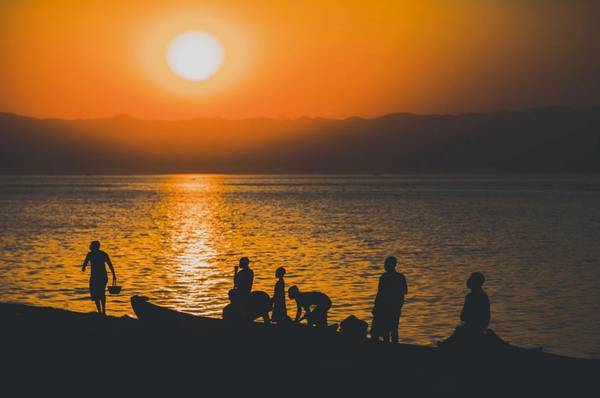 Malawi’s 2019 Presidential election was annulled early this year by the Constitutional Court with directions to Malawi Electoral Commission asked to hold a fresh poll in five months.

President Mutharika has been at the forefront in pushing for hydrocarbon exploration in the lake, Africa’s third-largest. This is despite previous attempts to explore and produce oil and gas having been termed uneconomical because of the nature of the sedimentary rocks under the lake.

This planned oil and gas exploration on Lake Malawi, which was approved after the lifting of the ban in exploration on the lake in 2016, also faces another hurdle that President Mutharika has previously failed to resolve - the dispute of the lake’s ownership.

Malawi’s neighbors to the north and east, Tanzania and Mozambique, respectively, have claimed a share of the lake for more than a decade. Tanzania is claiming nearly 50% share of the lake, which it calls Lake Nyasa, with Mozambique owning the east-central part of the lake, hence the complication in Malawi venturing into the lake to search for oil and gas without consensus with the two neighbors.

Mutharika told a previous press briefing. Although it is not clear what the stand of the opposition parties is on exploring for oil and gas on Lake Malawi, environmental groups, which have backed some of the environment policies by these political parties, have opposed the search for hydrocarbons on the water body arguing the exploration will destroy the lake’s ecosystem.

Both Tanzania and Mozambique are said to have shifted attention to their new natural gas findings in the Indian Ocean, with no time to focus on the Lake Malawi ownership dispute. A top Tanzanian official confirmed the country is aware Malawi had begun plans to carry out offshore exploration on Lake Malawi but insisted his government “would also want to benefit from the same resources.”

Despite the likely disruption of President Mutharika’s plan to start actual exploration for oil on Lake Malawi, should the court decision to nullify his election stand, Malawi had already made some progress in wooing investors to invest in the search for oil and gas on the lake. The lake has been divided into three blocks: Block 2, Lake Malawi North, Block 3, Central Basin, and Block 4, South Basin.

The blocks are located 150 kilometers offshore, in water depths of between 75 meters and 500 meters. Previously, Malawi had awarded Blocks 2 and 3 to independent, UK-based oil exploration company Surestream Petroleum who despite carrying out environmental and social impact studies, later sold the asset to UAE-based Hamra Oil seven years ago.

With the airborne gravity, magnetic, and full tensor gravity surveys carried out on the two blocks there were strong indications of “potential hydrocarbon accumulations, particularly in the deepest areas of the lake.”

Fast-tracking of the Lake Malawi exploration program by the government of Malawi would require political stability for a conducive environment to carry out the much needed regulatory reforms to support investment in the country’s offshore investment.

Also, should President Mutharika emerge unscathed out of the legal hurdle surrounding his re-election, he’ll have to deploy his best diplomatic skills in resolving the disputed ownership of Lake Malawi, which, because of its location in hydrocarbon-rich basins, could herald a new era for Malawi’s energy sector. 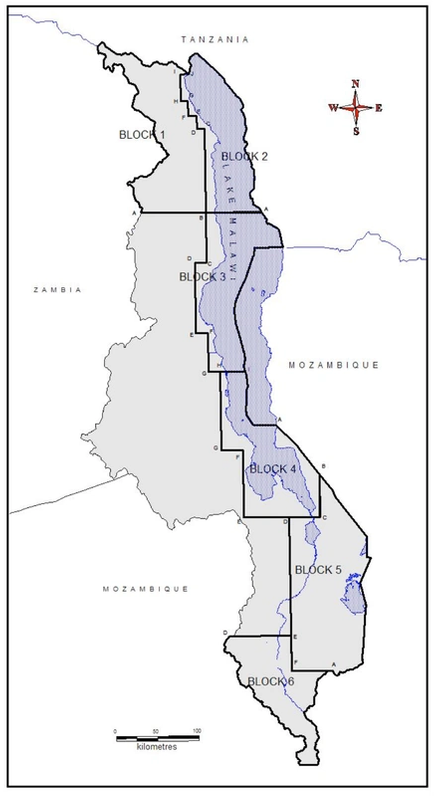 Some of Lake Malawi’s demarcated oil/gas blocks. Credit; Ministry of Energy and Mining