Another Delay for Yme Field Start-Up 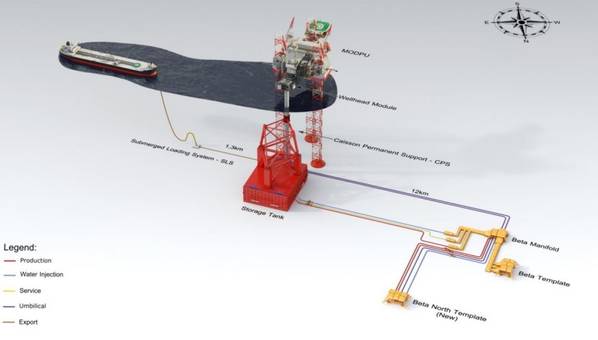 The start of production at Repsol's Yme oilfield, the group's largest project off Norway, will be delayed until the second half of 2020 as preparations take longer than expected, the Spanish energy firm confirmed on Thursday.

Repsol, which holds a 55% stake in the project targeting about 65 million barrels of oil equivalent (boe) in recoverable reserves, had previously expected the field to start by July.

Norwegian authorities approved the 8 billion crown ($864.40 million) redevelopment plan for the Yme field in 2018 after an earlier attempt by Canada's Talisman Energy, which was acquired by Repsol in 2015, failed.

The plan involves the use of the Maersk Inspirer jack-up drilling rig as a production platform, but onshore preparations will not be complete until the second quarter, longer than previously planned, Repsol told Reuters in an email.

"As a result...first oil from the Yme field will be similarly delayed and is now scheduled for second half 2020," it added.

A source at Repsol's partner, Norwegian oil firm Okea, which has a 15% stake in Yme, told Reuters earlier on Thursday that production was most likely to start in late August.

"We definitely expect startup in the third quarter," Erik Haugane, OKEA's chief executive, told analysts during its quarterly presentation on Thursday, while the company's latest guidance is "summer 2020".

Yme is expected to produce around 38,000 barrels of oil equivalent per day (boed) once production is ramped up to its peak, Okea said. That would mean it would contribute more than 20,000 boed to Repsol. Other partners are Poland's Lotos and Kuwait's KUFPEC, which hold 20% and 10% stakes respectively.