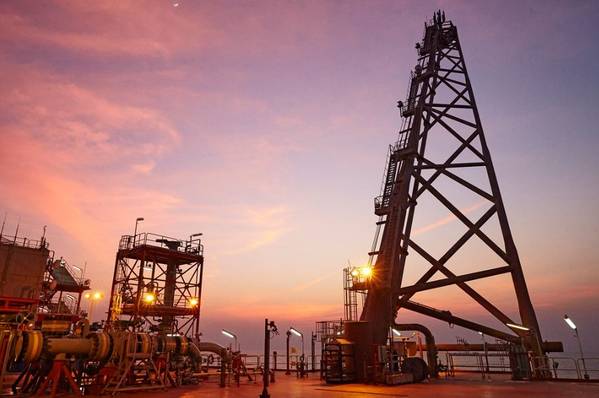 Illustration; A platform flare stack at dusk in India / Image by BP

"The RIL-BP joint venture has successfully worked to extend the life of production from the D1 D3 Field which otherwise would have ceased production in 2015 due to issues of reservoir pressure and water ingress," the JV said in a statement.

The KG D6 Block has so far produced an overall 3 TCFe resulting in energy import savings of over USD 30 billion, the JV said.

Reliance and BP have recently committed a $5 billion (Rs. 35,000 Crores) of investments towards monetizing about 3 TCFe (about 500 Million Barrels of Oil equivalent) reserves from three projects - R cluster, Satellite cluster, and MJ fields.