Norway Mulls Where to Draw the Line 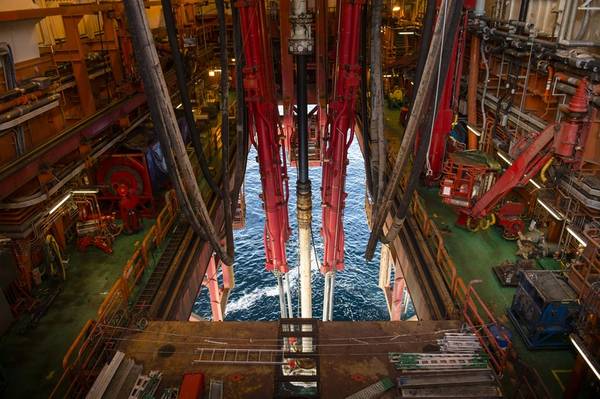 A handful of Norway-based arctic oil and gas explorers and their hydrocarbon finds might be the last at today’s recognized Barents Sea’s ice edge, if an expert group’s recommendation to bring offshore activity south gains political traction.

The ice edge — a changing, seasonal line on the map that determines the northern limit of industry activity — now runs loosely along the 75th parallel of latitude. Eight entire acreage blocks, including nine licenses and some discoveries, would be cut off if the suggested line is adopted.

Some 15 licenses in all could be affected if the line is drawn south. The Norwegian Oil Industry Association told Norwegian media that the idea — one of a number of “climate” measures newly recommended by expert committees — undermines the stable framework of offshore rules Norway has been known for.

They point to the 69 production licenses offshore operators received in the Awards in Predefined Areas, including acreage astride blocks that would be “cut off” by a proposed ice edge. Aker BP, Equinor and Spirit Energy licenses would lie on the other side of the proposed line, as would a number of discoveries and nominated blocks.

Of those APA 2019 licenses, 13 were in the Barents Sea. The APA also implies the Barents is “a mature area” where infrastructure and significant discoveries and seismic surveys have already been made (the latest a 60-million-barrel satellite of Equinor’s Whisting discovery).

“The APA licensing rounds cover the most explored areas on the Norwegian shelf,” the Norwegian Oil and Energy Ministry says. Work programs committed to include wildcats, 3D seismic and at least one development plan.

Aker BP, one of those with licenses in the area, told Norwegian NTB that there was “no ice” in their area of operations. The current ice edge denotes an area where ice appears 30% of the time during April, and the company’s operations lie well to the southeast of those “flows”. 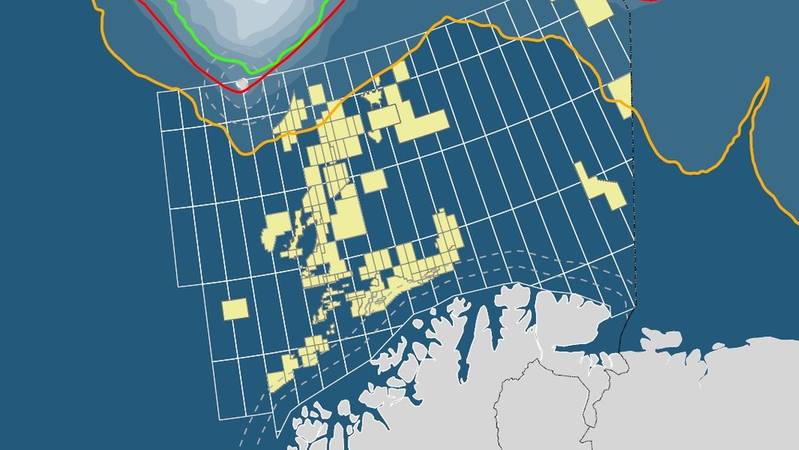 High stakes
The government will, reportedly, make a decision on the ice edge limit for oil and gas production in the arctic once its ministries have worked on the expert group recommendation. The proposed new ice line would denote an area “where the probability of encountering ice is as low as 0.5%”.

Judging by news reports, possible outcomes should the lower line become policy include compensation for oil company holdings or exceptions made for developments “on the other side” of any future line. The areas beyond the proposed line make up part of Norway’s estimated known remaining petro-resources.

Ice in the water entails challenges that include search and rescue and the infective gathering of spilled, slushy oil. Commercial species of cod have also, increasingly migrated north to the high latitudes.

The industry’s track record is good, however. “The probability of an oil-well blow-out is estimated to be one in more than every 7,000 exploration wells drilled,” the Ministry maintains. About 50 wells of all types are drilled off Norway each year.

Meanwhile, some 225,000 people work “directly or indirectly” due to oil in gas in Europe’s largest offshore sector. Oslo, too, will earn about $24.24 billion in oil revenues in 2020.