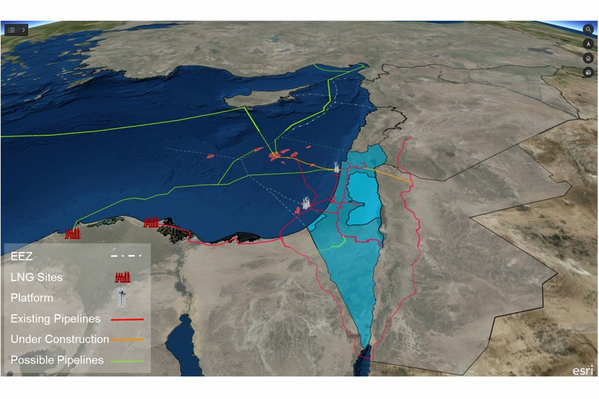 Israel's Delek has dismissed reports that the gas pipeline carrying gas from the Leviathan offshore field to Egypt has been affected by a reported terrorist attack in Egypt.

Al Jazeera on Monday reported that a group of attackers had blown up a gas pipeline in Egypt's Sinai Peninsula, also citing reports by "some media reports in Egypt and Israel" which said the section of pipeline hit was part of Israel's Leviathan offshore field operations.

Delek, a partner in the Leviathan gas field and in the EMG pipeline, said the gas flow from Israel to Egypt was unaffected by the incident.

It said: "In connection with publications in the press relating to bombing that occurred in the pipeline transporting gas from Israel to Egypt in the North Sinai area, the partnership respectfully wishes to clarify that there was no sabotage to the EMG pipeline and/or in the gas transportation systems from the Leviathan project and that natural gas is continuing to flow in order from the Leviathan Project to Egypt."

The EMG pipeline was designed for an annual capacity of approx. 7 BCM, with a possibility to increase the capacity to approx. 9 BCM per year, through the installation of additional systems.