FPSO P-70 'Stable' After Storm Pushes it Near Coast 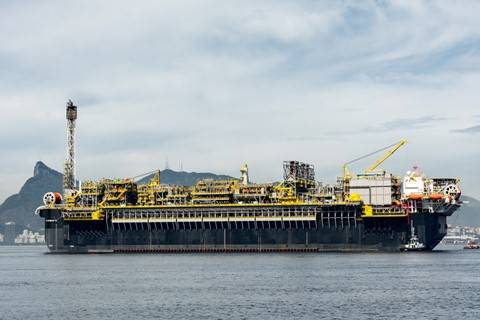 Brazilian oil company Petrobras said Friday that the recently delivered FPSO P-70 was stable after a storm that hit Rio de Janeiro last Thursday pushed the FPSO near a beach in Niteroi.

"Due to the storm that hit the metropolitan region of Rio de Janeiro on Thursday night (01/30), the [FPSO P-70] was moved near the coast," Petrobras said.

According to Petrobras, the 288 meters long FPSO was being anchored in the bay by tugs responsible for securing the vessel by means of four anchor lines.

When the last line was in the process of being connected, two were broken due to the force of the winds and the FPSO "was moved to an area closer to Boa Viagem beach, in Niterói," Petrobras said.

"The P-70 is stabilized. There were no casualties or damage to the environment, and so far there is no record of damage to the platform," Petrobras said Friday.

Petrobras has said it has already redirected the P-70 to the area where it will be anchored in Guanabara Bay to wait for the necessary authorizations before proceeding to the Atapu field, in the Santos Basin pre-salt.

Several Brazilian newspapers reported last week that the FPSO had run aground ('touched the rocks') in the incident.

This is not the first time this FPSO has been involved in an incident. While being transported from China to Brazil aboard the Boka Vanguard semi-submersible heavy lift ship last month, six contractors illegally consumed a cleaning liquid found on board of the FPSO, leading to one's death.