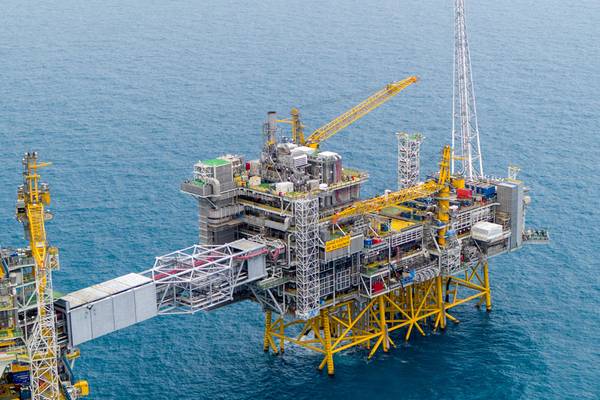 Earnings before interest, tax, depreciation, and amortization (EBITDA) rose to $695.5 million from $480.7 million a year earlier as Sverdrup came on stream.

Sverdrup, in which Lundin holds a 20% stake, started operating on Oct. 5, a month ahead of plan, and hit a run-rate of 350,000 barrels of oil equivalent per day (boe/d) by early December, making it Western Europe's largest producing entity.

Operator Equinor has predicted the field will reach plateau production of 440,000 boe/d by summer, although Lundin has said this may happen earlier.

"I am glad to note the board is recommending a 22% increase in dividend ... clearly demonstrating our focus on driving shareholder returns," CEO Alex Schneiter said in a statement.

The company cut its 2020 exploration budget to $220 million from $298 million in 2019. It said it plans to drill 10 exploration and appraisal wells this year.

Its overall budget for field development, appraisal and exploration, as well as paying for the abandonment of older installations, will increase by 30% in 2020 to $1.27 billion, the company said.

The increase will primarily stem from investments in field developments as well as $100 million in planned spending on renewable energy.

Lundin's shares have risen 6.6% in the last 12 months versus a 5.5% drop in European oil and gas stocks.