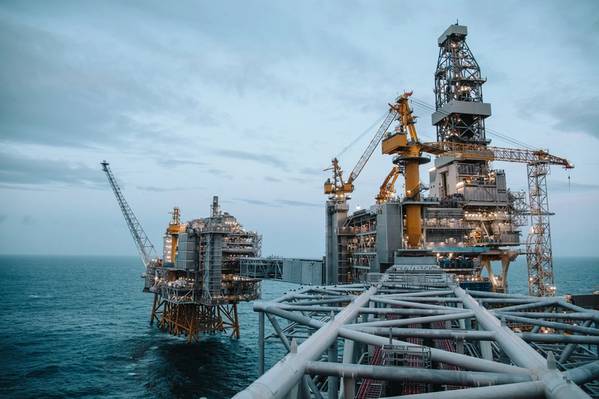 “Fit at 50”, “life begins at 70” and “the swinging 60s” were all slogans chosen to reflect oil price market sentiment in 2017, 2018 and 2019, respectively. This year, at the Society of Underwater Technology’s (SUT) annual Global Subsea Market Outlook Business Breakfast, it was “the energy transition, stupid”.

In fact, while Mike Beveridge, managing director of energy investment firm Simmons Energy, did use the first three slogans, he didn’t use the play on the oft-repeated Bush campaign mantra (“the economy, stupid”). But, he might as well have.

“A year ago, we were not using any of these phrases,” such as net zero, decarbonization, range anxiety, climate emergency, he told the event, held in Aberdeen this morning (January 30). “Greta Thunberg has changed the rhetoric. This year, no one talks about the oil prices. The oil price doesn’t matter in peoples’ thinking. It would matter if it went to $40/bbl, but it wouldn’t matter if it went to $100. We’re in a different world. At every event now all you hear about is the energy transition.”

Henning Bjørvik, an analyst in the Oilfield Service team at Rystad Energy with a primary focus on the subsea market, agrees. “2019 was a turning point,” he told the event. “There’s not only climate change driving this, underlying this is also technology (eg. electric cars), companies divesting from oil and gas, it’s coming from all angles now.”

So, what has the oil price been doing? It averaged $64/bbl in 2019 and has followed that trend into 2020, despite big geopolitical events. The attacks on Saudi oil facilities saw prices spike, but within a week they had rationalized, points out Beveridge. The same happened when Iranian general Qasem Soleimani was attacked. “It seems to me there’s no more geopolitical risk in the oil price,” he says.

But what’s really driving investor sentiment is future demand. How strong and how long it will last remains a big unknown. Beveridge believes that global population growth will still drive a need for energy and the stuff that produces it.

Rystad predicts 2028 will see peak demand for oil, “largely due to electric vehicles”. Others, eg. oil companies put the date in the 2030s, while some green organizations and Norwegian risk management firm DNV GL put it in the mid-2020s.

But, whether peak demand is in 2028 or 2038, “as soon as the world thinks we’re heading towards peak demand it changes mindsets and changes investment decisions,” says Beveridge.

So, while growth is predicted, there’s a “horrendous” capital market disconnect between oil prices and market valuation, at up to -62% in some cases, which have in the past been more connected. Beveridge says that “equity values have been decimated”, with hundreds of billions of dollars of lost value in the last few years because of market sentiment focusing on a lack of future prospects. Mergers and acquisition activity has also been slow, for similar reasons. “It’s been a difficult market,” with few believes, more observers but even more skeptics. 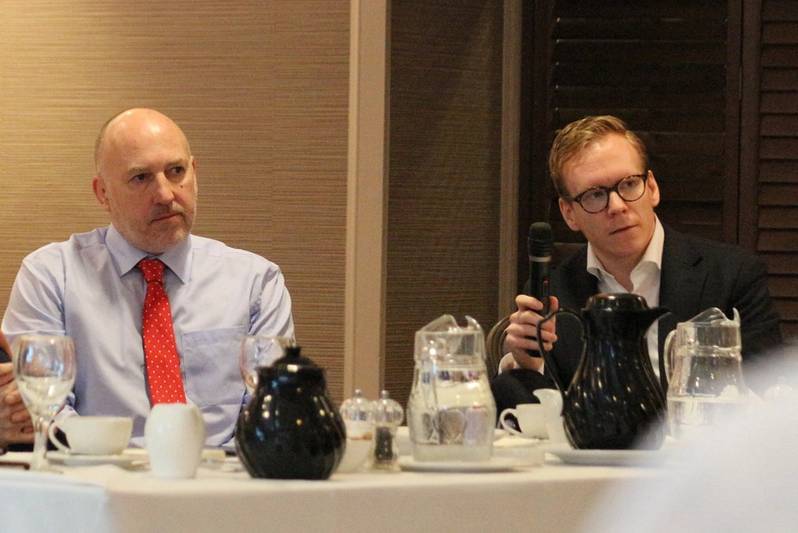 Meanwhile, climate change and the energy transition dominate the agenda, not always positively. It is mis-informed, unbalanced and incredibly unhelpful, missing out discussion about different energy sources, energy’s role in the world and the contribution the oil and gas industry makes to the greenhouse gas discussion, he says.

What’s more, the change in rhetoric has caught the industry out, “like a deer in the headlights”, Beveridge says, showing an image of a deer, in a vehicle’s headlights. “They’ve no idea what to do. Our industry has had so few spokespeople, nobody talking sensibly about how we should react to or defend our position in the world’s energy mix.”

But the effect is marked. Oil companies one by one have set aggressive goals to decarbonize their business. Equinor has been boasting about the Johan Sverdrup development being the lowest carbon production in the world, highlights Beveridge. Johan Sverdrup is powered from shore, using green Norwegian power, and is projected produce less than 1 kg of CO2 per barrel. The world average is estimated at 18 kg, says Beveridge. “Now companies are fighting among each other to produce the lowest carbon production in the world.”

“Operators are really taking this seriously,” with BP investing in solar, Equinor, Total and Shell in the Northern Lights carbon capture and storage project, and others, says Bjørvik. Some companies’ renewables projects, such as Dogger Bank, set to be the world’s largest offshore wind farm at 3.6 GW, are even bigger than any of their oil and gas projects, such as Equinor’s Bacalhau Bay du Nord, points out Bjørvik. But, put into perspective, they’re still investing more in oil and gas and are promises to cut emissions to zero by 2050 going to be enough, Bjørvik questions.

Amidst this change, the industry faces a trilogy of threats, says Beveridge: the ethical investment agenda, where money is moving away from the sector; talent drift from the industry, it being hard to recruit young people (but not the boom and bust talent drift of the past); and cyber attacks. “Clients of ours have been badly affected by that and it’s not just bad luck it’s people being targeted by anti-fossil fuels parties,” he says.

We’re also in a changed industry. It’s become less cyclical, “we’re in a permanent new norm, possibly”, the public markets are closed, there are a lot of uncertainties around exit options, a global mindset is now more a regional mindset and companies are obsessed by cash flow not EBITDA, he says. We are in “a very odd market right now,” he says, where subsea activity levels are starting to pick up, but we have horrendous investor sentiment. To fix that, more rational conversations are needed – and are happening – but, firms the industry also has to look attractive and be profitable to attract investors.

But, it’s not all doom and gloom. There are glimmers of light, for the right themes, such as digital and data offerings, pipeline services and inspection, automation and robotics, materials like composites and anything that has an environmental impact on operations. And, “There are reasons to be cheerful,” he says. “We can see real supply tightness in the next two or three years. We see we’ve got a subsea investment cycle ahead of us. There will be winners and losers within our sector; if you have a new strategy or technology, you’re going to be a winner.”