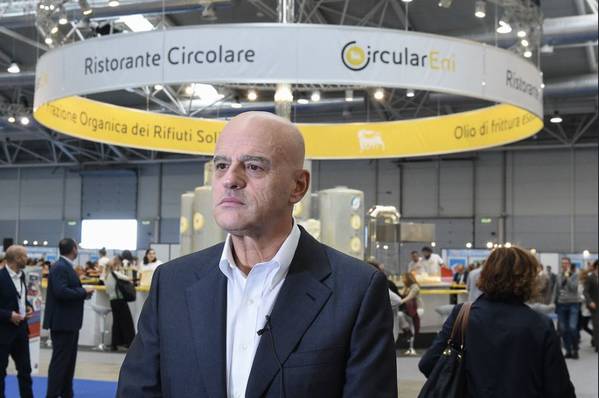 Italian oil group ENI's Chief Executive Claudio Descalzi could step down if he is found guilty by an Italian court of corruption in Nigeria, he told the Wall Street Journal.

Descalzi is one of the defendants in a case over the alleged payment of bribes to facilitate a $1.3 billion oil deal for Nigeria's OPL 245 offshore oilfield in 2011.

In a long interview published on the Wall Street Journal website on Saturday, Descalzi denied taking part in any illegal activity and said his work at ENI, where he rose through the ranks over the course of 39 years, was not done.

However, Descalzi told the WSJ that he would likely step down if found guilty in the Nigeria case rather than wait for the outcome of lengthy appeals.

Representatives at ENI confirmed the details of the interview.

A verdict in the case is expected later this year, and in the Italian legal system, the ruling could be appealed twice.

Controlled by the Italian state, Eni has one of the best exploration track records in the industry. Descalzi's mandate comes up for renewal in the spring.