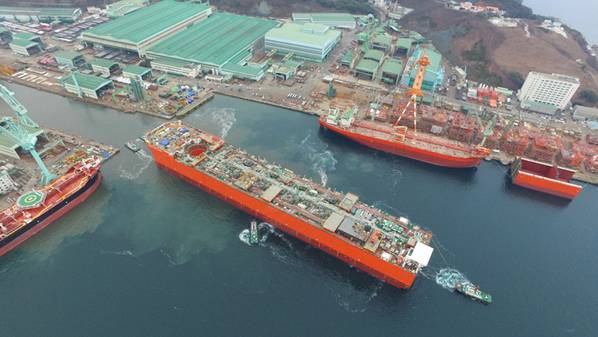 Italian oil and gas company Eni has launched the hull of its Coral Sul FLNG unit at Samsung's Geoje yard in South Korea.

Its accommodation module, which will house up to 350 people, is also ready to be lifted and integrated with the hull system, Eni said Tuesday.

Namely, Cameroon was the first African nation to bring online an FLNG unit (in 2018), however, the vessel was converted from the 1975-built Moss LNG carrier and not purpose-built

Commenting on the Coral Sul hull launching, Adriano Mongini, Eni’s EVP, West Africa Region, said that “the Coral Sul FLNG hull launching is an outstanding milestone which has been possible thanks to the commitment of Eni, its Area 4 partners, contractors, and Mozambican authorities. We share the belief that Coral South is a pioneering project that will trigger further developments and new investments.”