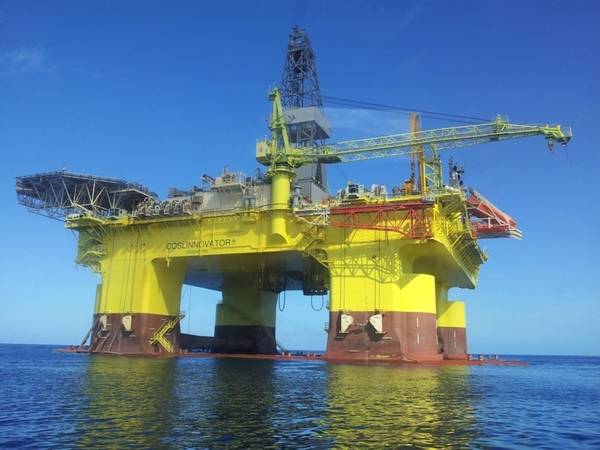 Chinese offshore drilling contractor COSL has settled a rig contract termination dispute with Equinor and has entered into an agreement with the oil company for potential future rig work.

Equinor - then known as Statoil - in March 2016 terminated, on behalf of Troll field partners, the contract for the COSLInnovator semi-submersible drilling rig. COSL at the time said 230 jobs had been lost due to the contract termination. At the same time, Equinor also said it would terminate drilling operation with the sister rig COSLPromoter.

COSL then in December 2016 sued Statoil for wrongful contract termination, as it believed it was entitled to a compensation for the termination and took Equinor to the District Court in Oslo.

The District Court concluded that the rig was built in accordance with rules, regulations and best market practices. This resulted in Equinor being sentenced to pay parts of what COSL argued they were entitled to, but both parties appealed the verdict. The appeal was due in January, but the parties have now settled the dispute out of court, COSL said Friday.

As a part of the agreement, Equinor Energy AS will pay, on behalf of the Troll-licence,  $188 million to COSL.

The companies will also enter into a new master frame agreement, which enables COSL to provide additional drilling units and services to Equinor.

Frank Tollefsen, CEO of COSL Norway said: "I am very pleased with this agreement. We can now finally leave this case behind. It was not the financial compensation that was the most important to us. But rather the recognition, both for COSL as a company and for our rigs. The master frame agreement is also an important part of this."

He added: "Equinor is still our most important customer. We have very effective rigs with a technology that can help Equinor reach its recently announced goal of an emission-free Norwegian continental shelf. One of our rigs that Equinor uses, has been rated their best rig multiple times the last five years. With this agreement, we can now compete for Equinor assignments on the same terms as our competitors. I am very pleased with that."