Gambia’s petroleum sector objective in the National Development Plan (NDP) of 2018-2021 is shaping up even before the year 2020 gains momentum after Australian firm FAR Ltd announced a key offshore data acquisition project in the West African country.

The NDP has set for the Ministry of Petroleum and Energy the target of articulating and consolidating into a single document Gambia’s offshore and onshore hydrocarbons data outlining how the information will be acquired, managed, and how to license oil and gas explorers that will utilize the data.

Apart from a proposed review of the existing upstream legislation and development of upstream operations, the plan outlines the interventions necessary to ensure efficient data management policy as the country’s nascent hydrocarbons sector strives to achieve an in-house data management system by the end 2021.

This planned data acquisition, consolidation and management by Gambia has received a major boost this week after FAR, which previously secured 80% equity interest and operating rights from Erin Energy for the Joint Venture of offshore blocks A2 and A5, awarded global marine geophysical services provider, Shearwater GeoServices Holding AS, a 3D Isometrix seismic acquisition contract covering parts of Block A5.

“The one-month survey will cover parts of block A5 offshore Gambia in the rapidly emerging and prolific Mauritania, Senegal, Gambia, Guinea-Bissau, Conakry (“MSGBC”) Basin,” Shearwater said in a statement on Tuesday.

“It will be acquired by the SW Amundsen and provide new seismic over a shallow-water area and connect with existing seismic to provide full coverage of the A5 Block,” added the company.

The award of the 3D Isometrix seismic acquisition project contract is marks key progress for FAR, which operates in The Gambia via its wholly owned subsidiary FAR Gambia especially coming several months after the company released its plans for future exploration in Gambia, which has delineated four offshore and two onshore blocks.

According to CEO of Shearwater GeoServices Irene Waage Basili, the company is “excited to be working offshore the Gambia for FAR and for the first time provide high quality Isometrix multi-sensor data for this area.”

“This will be our second project in the MSGBC Basin this year after working at the world-class Sangomar field directly to the north,” said Basili.

So far, FAR has drilled its first ever offshore well, Samo-1, in Gambia as operator of the joint venture for blocks A2 and A5.

However, despite the high rating of the Samo-1 well before it was drilled, with estimation of up to 50% chance of success, FAR says the outcome was “disappointing.”

One of the significant risks evaluated pre-drill, given the well’s proximity to the Senegal discoveries was a question over the integrity of the sealing layer on the structure, the company said earlier.

“The drilling showed that at this location this seal was not adequately developed and while there were oil shows encountered it’s apparent that the structure was not able to retain significant oil,” FAR told shareholders.

The Australian exploration firm shrugged off the disappointing drilling results saying “that’s to be expected in the exploration game, but we have gained important knowledge that is being integrated into our understanding of the Gambian geology in readiness for the next phase of drilling.”

What remains to be seen is how The Gambia progresses towards embracing an open policy when it comes to oil and gas exploration especially the willingness to adopt an auction system rather than the current direct negotiation approach with potential upstream investors.

Previously The Gambia had shelved any plans for holding a licensing round for its offshore and onshore blocks arguing the process is expensive. The process entails delineation of the areas of interest, acquisition of geological and geophysical data, undertaking a geological survey, selection of the blocks to be opened and the determination of the specific terms of reference for the licensing round.

Nevertheless even under the direct negotiations with exploration and production companies, acquisition of upstream licenses to search for oil and gas remains the best immediate investment option for the international investors as well as the provision of seismic data mapping technology to support drilling operations in Gambia. 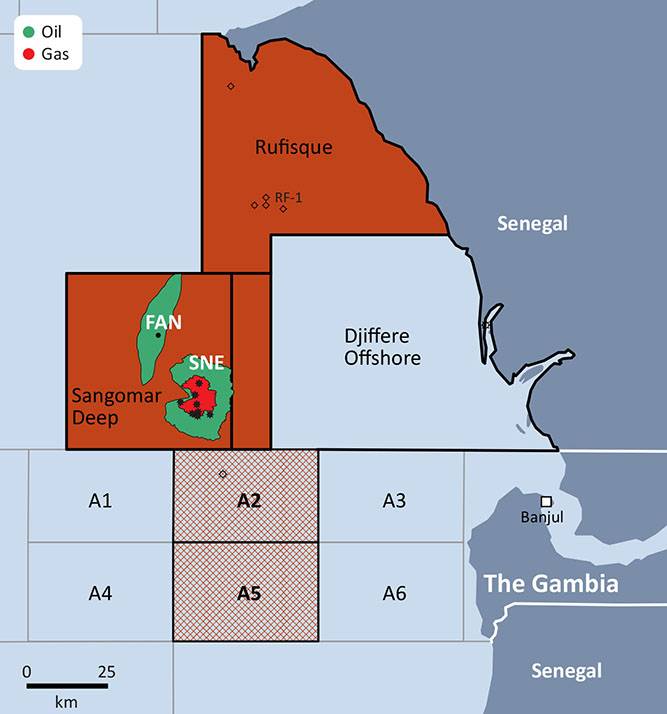