The British Queen, in her speech to both houses of  United Kingdom (UK) parliament, revealed that the UK’s target for installed offshore wind energy has been raised to 40 GW by 2030, and that the UK government will support the development of floating wind turbines.

The announcement follows a pledge by UK Prime Minister Boris Johnson in his pre-election campaign to boost offshore wind ambitions from the previously set target of 30 GW by 2030 in an effort to reduce greenhouse gas emissions to zero by 2050.

This commitment, which has all party support, represents the quadrupling of the UK’s installed offshore wind capacity within a decade.

The speech also said the government would “enable new floating turbines”, without going into further detail.

The UK has nearly 10 GW installed and over 4 GW in pre-construction or under construction. Several developments in last year have seen the cost of offshore wind fall and government support behind the technology increase as its looks to cut carbon emissions. 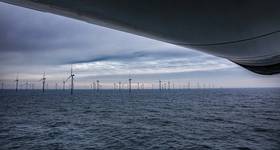 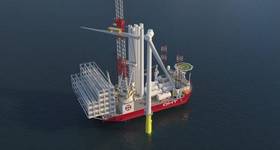