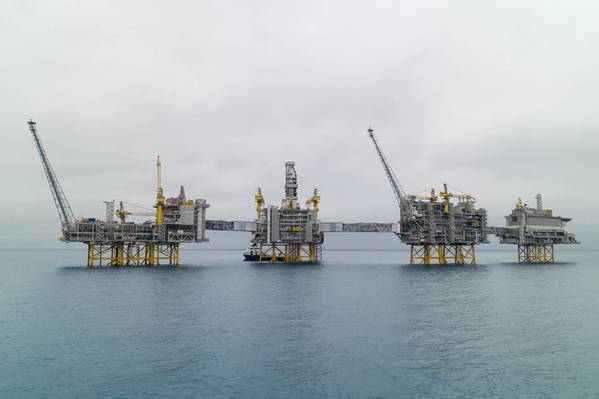 The North Sea field, which began output on Oct. 5, is now western Europe's largest oil producer with output exceeding fields such as Equinor's Troll and ConocoPhillips' Ekofisk in Norway and Britain's Buzzard, operated by a unit of China's CNOOC.

The production ramp-up is progressing "very well" and Equinor's goal of reaching phase-one capacity of 440,000 bpd in the summer of 2020 remains unchanged, said Arne Sigve Nylund, the company's head of Norwegian output.

Equinor's partner Lundin Petroleum, which discovered Sverdrup in 2010, has said two to four new production wells could be needed to reach full capacity. Eight wells were drilled before the field's startup in October.

Daily production is expected to peak at 660,000 barrels after phase two development comes on stream in late 2022.

At its peak, Sverdrup is expected to produce about 30% of all oil on the Norwegian continental shelf, Equinor has said.