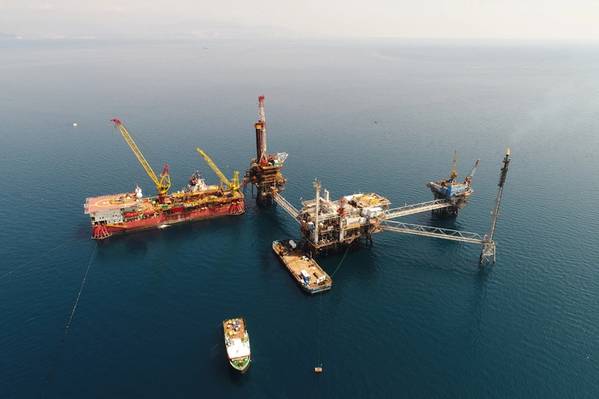 Mediterranean-focused oil and gas producer Energean has joined a U.N.-backed initiative and committed to reducing its net carbon emissions to zero by 2050, its chief executive said on Monday.

Oil and gas producers have come under heavy pressure in recent years to tackle greenhouse gas emissions as the world battles climate change.

The company said in a statement it was the first London-listed oil and gas exploration and production company to commit to the UN's efforts to limit global warming to 1.5 degrees Celsius above pre-industrial levels.

"We're doing this by taking specific actions (and) by committing to become a net zero emitter by 2050, by committing to include science-based targets in our business," Chief Executive Officer Mathios Rigas said at the World Energy Capital Assembly conference in London.

Rigas told Reuters the company would initially focus on increasing operational efficiencies and shifting to natural gas, introducing carbon capture technologies to reduce its emissions to net zero over the next 20 to 30 years.

Net zero carbon emissions means that a company offsets emissions from its operations by investing in technologies to store the carbon or in reforestation.

Energean, which produces around 70,000 barrels of oil equivalent per day of which 80% is gas, is focusing on developing mostly natural gas fields in Israel and Egypt.

Demand for natural gas, the least polluting fossil fuel, is expected to rise sharply in coming decades as the use of electricity grows and coal usage subsides.