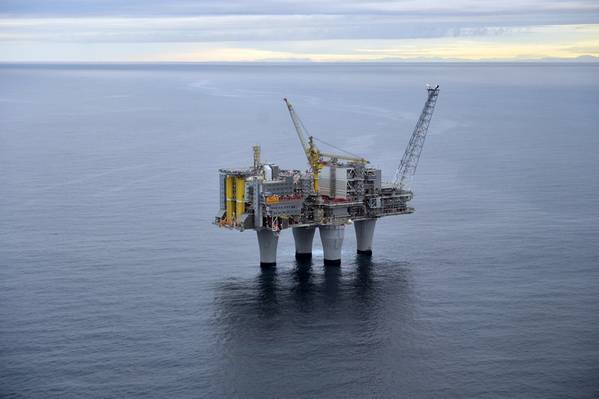 Norway has approved energy firm Equinor's request to reduce the gas production quota at its Troll oil and gas field for the current year, the oil ministry confirmed on Monday.

A ministry spokesman said the Troll gas output quota had been set at 36 billion cubic metres (bcm) for the gas year 2019, which runs from October 2019 to October 2020, 2 bcm lower than in the previous year.

"The reduction follows an application by Equinor, which was granted," he said.

Norway sets a yearly production quota for Troll to maintain sufficient pressure in the field, which also produces oil.

Studies by the Norwegian Petroleum Directorate (NPD) have shown that overly quick gas production at Troll could have an impact on oil and gas extraction in nearby areas.

Equinor, Europe's second-largest gas supplier after Russia's Gazprom, said in May its production permit for the Troll field had been increased from 36 bcm to 38 bcm for the gas year 2018, which ended on Sept. 30.

It later said it had held back some gas production this year due to weak European gas prices, which have been pushed down by an influx of liquefied natural gas (LNG).

The company has not yet updated information about the Troll production quota on its website, and was not immediately available to comment on the reasons behind the change.

S&P Global Platts was the first to report the news about Troll's reduced quota.