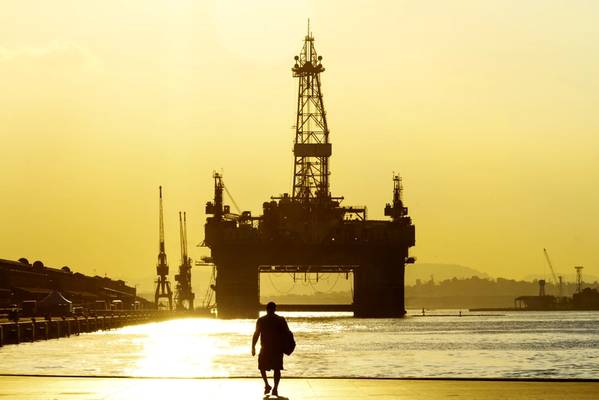 The only block awarded in Thursday's bidding went to Petrobras, as the Brazilian state-run firm is known, and Chinese state firm CNODC, a unit of China National Petroleum Corp, which offered the minimum bid. Four other blocks received no bids.

The result, following a lack of foreign interest in an even bigger Wednesday round, was a wake-up call to those who expected this week to crown Brazil as uncontested champion of the Latin American oil industry.

Analysts have agreed in recent days that promising oil prospects in Brazil's pre-salt area, where billions of barrels of oil are trapped under a layer of salt beneath the sea floor, are getting pricey even for oil majors with strong interest. The deepwater blocks also require enormous long-term investments compared with alternatives such as shale fields.

"All majors are focused on capital discipline and value versus volume. They will not bid at any cost for pre-salt assets," said Marcelo de Assis, head of Latin America upstream for consultancy Wood Mackenzie.

Brazil's new right-wing government pledged market-friendly reforms and has worked to scale back the role of Petrobras in the energy industry so that better-capitalized firms can tap its vast reserves.

After the meager auctions, officials suggested they needed to do even more, in particular scrapping the right of first refusal that Petrobras has to operate any fields in the so-called "pre-salt polygon."

Economy Minister Paulo Guedes called the production-sharing arrangement in the area "awful," suggesting a simple concession model would be better and mocking Wednesday's round that saw Petrobras win rights to fields where it already operates.

"We undertook an enormous challenge to, in the end, sell to ourselves. We spent five years talking about it. We made a spectacular effort, studying, debating — and in the end it was a no-show," Guedes told an audience in Brasilia on Thursday.

The comments from Guedes and other officials added to signs that Brazil was ready to turn the page on the oil laws that have put Petrobras at the center of offshore development for years, hurting competition and racking up debt for the firm.

Petrobras closed 4% higher on Thursday amid the calls for a more straightforward concession model in upcoming oil rounds.

Lessons learned
Decio Oddone, the head of Brazilian oil regulator ANP, said the special rights of Petrobras discouraged some rivals, adding that he was surprised at the results, as he expected at least three blocks to be awarded in Thursday's bidding round.

Petrobras itself failed to submit bids for two blocks where it had initially exercised its preferential rights.

Its only bid on Thursday was a minimum offer for the Aram block, with a signing bonus of 5 billion reais ($1.2 billion), along with China National Oil and Gas Exploration and Development Corp (CNODC), which took a 20% stake.

Brazilian Mines and Energy Minister Bento Albuquerque said "it does not seem to make sense" for Brazil to maintain the special Petrobras rights exclusively in the area. He said the government must learn a lesson from the auctions to get better results in the future.

"We understand from what the companies tell us that our areas continue to be very attractive and productive," the minister said. Other officials backed up the sentiment, pointing to strong foreign demand in prior pre-salt rounds since 2017.

Brazil also failed on Wednesday to award two of four blocks in the nation's most ambitious oil round ever, as steep signing fees and the dominance of Petrobras in the "transfer-of-rights" (TOR) area scared off oil majors.

"Brazil is competing with opportunities everywhere in the world," said Assis, of Wood Mackenzie. "Brazil's pre-salt assets are attractive, but up to a price."