US Energy Secretary Perry to Step Down 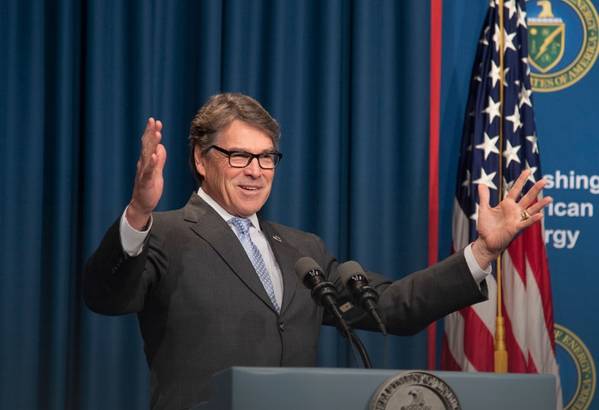 U.S. Energy Secretary Rick Perry, who told President Donald Trump last week he would resign late in the year, intends to step down on December 1, the energy department said on Monday.

"While Secretary Perry continues to serve at the pleasure of the President, it is his intent to depart DOE December 1," an energy department official said in an email.