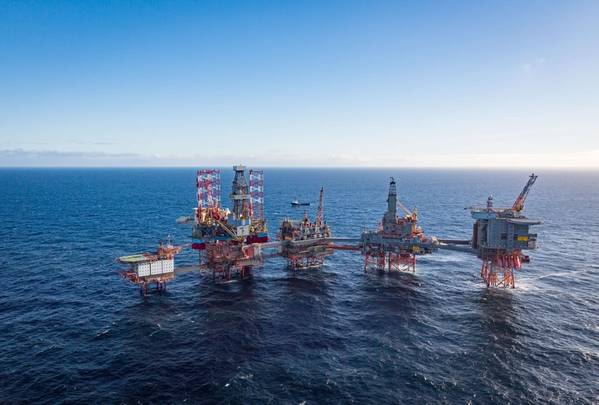 Aker BP ASA cut its full-year oil output target on Tuesday as production problems at the oil explorer's Valhall field in the North Sea offset a boost from the early opening of its Johan Sverdrup field in Norway.

The company blamed the lower forecast on a delay in starting new wells at the North Sea Valhall field, following maintenance in June, adding that there was no impact on reserves.

Aker BP's average output stood at only 144,000 boepd for the first nine months of the year, but the Sverdrup field, brought on stream by operator Equinor on Oct. 5, a month ahead of schedule, will give a significant fourth-quarter boost.

Meanwhile, Aker BP's earnings before interest, tax, depreciation and amortization (EBITDA) fell to $480 million in the third quarter from $698 million a year ago, in line with a $478 million forecast in a Refinitiv poll of analysts.

The company had warned on Oct. 14 that third-quarter output was weaker than expected as seasonal maintenance at some fields had taken longer than expected.

It had also warned in advance of $80 million goodwill impairments and additional costs from repairs of some $14 million, which helped push its third-quarter net result to a loss of $43 million.

The company repeated its plan to pay $750 million in dividends in 2019 and to raise the annual payout by another $100 million each year to 2023.