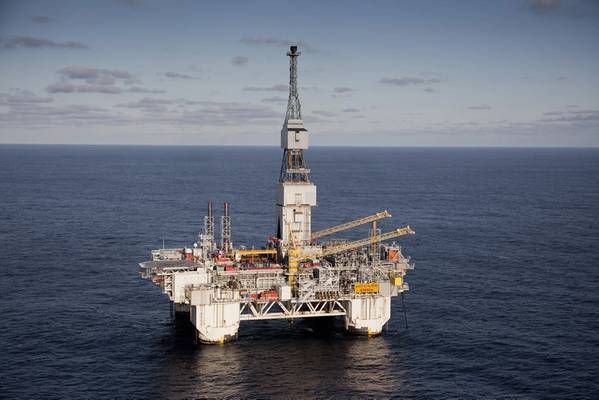 Over budget: the Njord A, part of the Njord New project (Photo: Equinor)

Order delays, cancellations and decision-gate debates have been hampering Norwegian oilfield owners grappling with a vastly weakened currency and projects — like the not-on-time and not-on-budget, Martin Linge — that have burst budgets.

While several fields have been made scaled back (Bauge, Utgard and Ekofisk 2/4 VC), the former Total asset Linge is now Equinor and the Norwegian government’s headache. Oslo’s oilfield numbers revealed on Monday that Martin Linge was the worst of all budget overshoots off Norway.

Linge accounts for the bulk of overspending off Norway, where several fields have come in over-budget (in Linge’s case, 85% over Total’s 2012 estimate to NOK 56.1 billion). Others exceeding their projected development costs included Njord Future (up 28% to NOK 20.29 billion), Yme New (7% to NOK 9.25 billion); Aasta Hansteen (7% to NOK 37.36 billion) and Johan Svedrup II (up 1% over last year to NOK 43.67 billion, in part due to rusting new light fixtures).

Despite being heavily currency induced (the kroner has fallen steeply since July), the overruns are being seen as a surge in field costs and worrying for those who long ago pegged rising supplier receipts to the beginning of another slowdown. There are little signs of that however, as segment after segment this year delivers stronger numbers.

Whatever the complications for national finance linked to offshore fortunes, Martin Linge and the other over-budget fields point to a new period of buoyancy for Norwegian suppliers. National numbers crunchers, SSB, reported Norwegian industrial production since June has risen 0.3% year-on-year, and key exploration bellwether, “seismic”, has picked up strongly this summer.

TGS-Nopec, for one, delivered its best third-quarter performance ever on Tuesday. Company revenue based on oil-company and national-government interest was up to over $263 million. 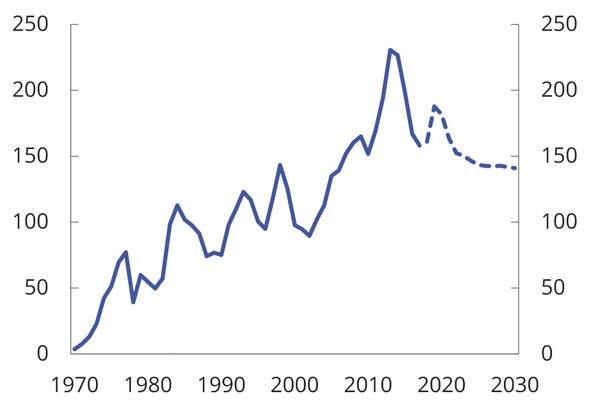 More fields
The building of ships and platforms were cited as the main reason for the high times across Norwegian industry. The second-quarter, too, had shown greater output, again, with the industrial-production index rising 1.4% over the same time a year-ago.

Helping out are the overshot projects like Martin Linge, which will now cost about NOK 8 billion more than last year, held up by commissioning and hook-up issues. Notably, Korean yards are blamed in Norway for creating extra work and delays related to platform deck constructions not up to Norwegian standards.

After paying Total NOK 13 billion for the field and seeing costs rocket over 57%, mainly due to safety add-ons, Equinor have also had to reckon with NOK 5 billion in currency losses.

Extending the lives of oilfields have also incurred extra costs since estimates last year for projects dependent on improving older infrastructure. The Njord Future project — which envisions a reinforced Njord platform, modified Njord B storage vessel and a yard stay for the production semisubmersible platform — will now cost 28% more, or NOK 20.3 billion kroner.

With 85 fields in production — two more than last year — costs are seen rising a little more. This year, when its over, will have seen an estimated 14% hike in spending over 2018, or up to NOK 177 billion.

Norway has 20 fields under development, and oil companies have reported to government that they’re seeing “marked growth in petroleum investments this year”. Investments, Oslo says, were up last year after four years of stagnation.

Apart from two large fields, they base their spending reports on four new field development plans, or PDOs, delivered in 2019 and Solveig, Duva, Gullfaks Shetland/Lista 2 og Tor II. At least one more development, for the Balder area, is expected in before year-end.