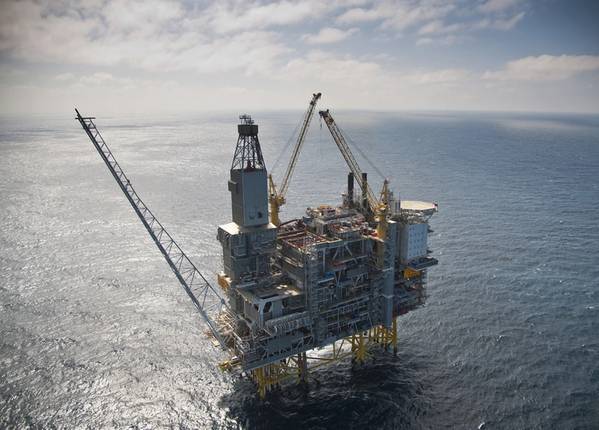 ExxonMobil's stake in the Equinor-operated Grane field is one of more than 20 picked up by Vår Energi in a $4.5 billion deal. (Photo: Øyvind Hagen / Equinor)

ExxonMobil said on Thursday it will sell its Norwegian upstream oil and gas assets to independent exploration and production company Vår Energi for $4.5 billion as part of an ongoing large-scale global divestment plan.

The deal, which is expected to close in the fourth quarter, includes ownership interests in more than 20 producing fields in the North Sea and Norwegian Sea with a combined production of approximately 150,000 barrels of oil equivalents per day (boepd) in 2019. Most are operated by local energy company Equinor, including Grane, Snorre, Ormen Lange, Statfjord and Fram.

For Var Energi, which is 69.6% owned by Italy's Eni and 30.4% by Norwegian private equity investor HitecVision, the acquisition continues its efforts to grow its portfolio of producing assets, development projects and exploration licenses on the Norwegian continental shelf (NCS). Following the deal, it will become the second largest petroleum producer in Norway after Equinor, excluding state-owned Petoro.

Kristin Kragseth, chief executive of Vår Energi, said, “This transaction is a major milestone in the short history of Vår Energi and a proof of our commitment to further develop the NCS. In delivering on our ambitious growth plans, Vår Energi will not only be a major force on the shelf, we are also creating major opportunities for Norwegian suppliers in the years to come, securing employment in many parts of the country.”

Vår Energi, who will fund the acquisition from existing cash resources and a loan fully underwritten by BNP Paribas, said the deal raises its total reserves and resources to about 1,900 million boe. It expects to produce about 300,000 boepd in 2019 and more than 350,000 boepd in 2023 following nearly $7 billion planned investment in development projects across the region.

Eni CEO Claudio Descalzi said, “The transaction delivers a key strategic objective for Vår Energi. The acquired assets complement and strengthen Vår Energi in core areas well known to management and open up new opportunities for growth. As shareholder we ... look forward to delivering on the still tremendous potential of the NCS.”

Descalzi added, “The increase in OECD production will contribute to Eni’s rebalancing of geographical exposure.”

For ExxonMobil, Norway had been a core legacy play, but its Norwegian assets were put up for sale as the company entered a period of portfolio rationalization, said Neivan Boroujerdi, principal analyst, North Sea, at Wood Mackenzie. The deal is Norway’s biggest deal the Statoil-Norsk Hydro merger in 2006, the analyst said.

“ExxonMobil’s exit brings an end to one of the industry’s longest running stories - the supermajor was awarded the first licence ever awarded on the Norwegian Continental Shelf,” Boroujerdi said.

The deal is part of the US company's wider strategy refocus its portfolio through the divestment of non-strategic assets.

In 2017 ExxonMobil sold its ownership interests in its operated fields Balder, Jotun Ringhorne and Ringhorne East to Point Resources, which merged with Eni Norge to create Vår Energi in 2018.

“Our objective is to have the strongest, most competitive upstream portfolio in the industry,” said Neil Chapman, senior vice president of ExxonMobil. “We’re achieving that by adding the best set of projects we’ve had in many years and divesting assets that have lower long-term strategic value. This sale is an important part of our divestment program, which is on track to meet our $15 billion target by 2021.”

“ExxonMobil’s asset sales program has been slow to get moving, but this will help get the campaign into full swing. The attractive exit price will have been too good an opportunity to pass by,” Boroujerdi said.

“We think ExxonMobil has achieved an attractive exit price. It reaffirms that Norway is still one of the most competitive M&A markets in the world,” Boroujerdi said. “It also reflects the attractiveness of the high cash-generative portfolio. The acquisition is transformational for Vår Energi.”

The majority of the about 50 employees working on the acquired assets will join Vår Energi, the company said.

ExxonMobil said its refinery in Slagen and network of approximately 250 independently owned Esso-branded retail sites are unaffected by the agreement. 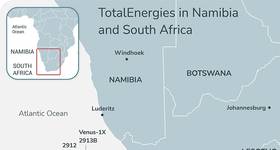