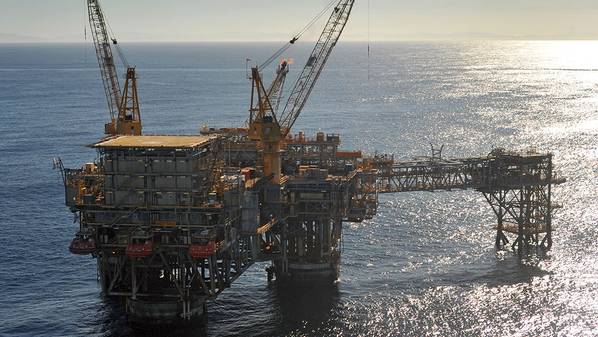 Exxon Mobil Corp said on Wednesday it was looking to sell its 50% stake in the Gippsland Basin oil and gas development in Australia's Bass Strait as part of a broader review of its global portfolio of assets.

The sale could fetch up to $3 billion, however decommissioning costs for the ageing fields could dent the price tag, analysts and bankers said.

The Gippsland Basin joint venture, off the state of Victoria, has long been the mainstay oil and gas supplier for southeastern Australia, but output is in decline.

"As a pivotal producer on the east coast...we would expect interest to be strong from domestic players that wish to gain greater exposure to rising gas prices," said Angus Rodger, research director at consultants Wood Mackenzie.

Operator Exxon's 50-50 joint venture partner is BHP Group. The Melbourne-headquartered miner BHP declined to comment on whether it might sell its own stake or be interested in buying Exxon's assets.

"Exxon Mobil will be testing market interest for a number of assets worldwide, including its operated producing assets in Australia," the company said in an emailed statement.

"No agreements have been reached and no buyer has been identified," it said, without disclosing any targeted value for a deal. Operations will continue as normal in the meantime, it said.

The statement was released after the Gippsland Times newspaper reported company workers in Gippsland had been told by Exxon Mobil Australia Chairman Nathan Fay that the assets were on the market.

Exxon said earlier this year it was looking to raise $15 billion from asset sales worldwide through 2021.

BHP said in an emailed comment that it had been notified by Exxon of the latter's plan to put its interests in the Gippsland Basin joint venture (GBJV) up for sale.

"BHP recognizes the importance of GBJV to the reliable supply of gas to the east coast domestic market and we remain committed to maintaining that supply," a BHP spokesman said in an emailed comment.

BHP reported its share of output in the year to June 30 at 112 billion cubic feet of gas, 5.2 million barrels oil equivalent (mmboe) of crude oil and condensate and 5.4 mmboe of natural gas liquids.

Potential bidders are likely to include other companies with assets in the Bass Strait, including Japan's Mitsui & Co , Beach Energy and Cooper Energy, analysts and bankers said.

Given the price, analysts said companies might bid in a consortium.

A purchase by Beach would be a "monster acquisition" and establish it "as a dominant east coast gas market leader", Credit Suisse said in a note in January.

Exxon's move to sell its Gippsland Basin assets follows a disappointing drilling campaign in the Bass Strait last year in what had been seen as a promising gas prospect, and comes amid plans to drill more wells.

"It's not a major vote of confidence, because it would suggest they think the chances of adding to the reserves are fairly low," said Graeme Bethune, chief executive of EnergyQuest, an industry consultancy.

Exxon's other producing asset in Australia is a 25% stake in the giant Gorgon liquefied natural gas project run by Chevron Corp in Western Australia, which is not part of the sale process.