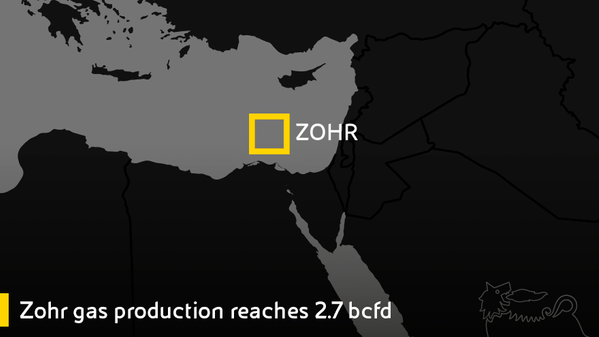 In February, Egypt's petroleum ministry said the field's production stood at 2.1 bcfd. The government aims to raise production to 3 bcfd by the end of the year.

The minister, Tarek al-Molla, said in a statement that the current production level was reached four months ahead of schedule. There are now 12 wells in production in the field, the statement said.

Zohr was discovered in 2015 by Italy's Eni and began output in late 2017. It holds an estimated 30 trillion cubic feet of gas.

Eni controls 50% of the project. Kremlin-controlled Rosneft owns 30%, while BP and Mubadala Petroleum each have a 10% stake in Zohr.